A former NPP presidential hopeful, Dr. Kobina Arthur Kennedy has called on former President Jerry John Rawlings to stop preaching accountability since he has no moral right to do so.

According to him, the former President while drafting the 1992 Constitution, inserted an indemnity clause shielding him from prosecution for crimes committed.

Due to that, Mr. Rawlings cannot be held accountable for whatever crimes and excesses during his military regime.

But Dr. Arthur Kennedy believes if the former President had any sort of dignity left in him, he wouldn’t have been pontificating about accountability. 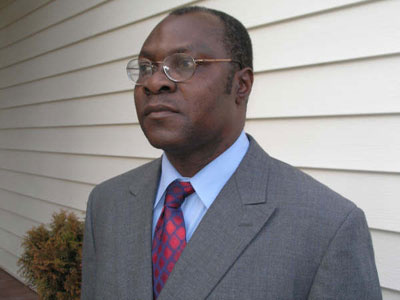 In a write-up on the June 4 revolution, Dr. Arthur Kennedy further quizzed the significance of commemorating the anniversary.

Raising questions, he said if these concerns are not addressed quickly, the youth might see no wrong with coups and launch an attack soon.

“Too often, as a nation, we default to populist, feel-good rhetoric and resort to ‘Fama Nyame’ instead of looking the truth in the face. If we do not honestly evaluate the fruits of the Rawlings revolutions, someday in the distant future, another group of young, naive, well-meaning but misguided idealists will launch another futile revolution,” he said.

Citing examples of how revolutions greatly transformed other countries like the US, China, Russia among others, he said the same cannot be said for ours.

He also added that Rawlings’ revolution instead of having a lasting impact on the economy rather destroyed state-owned businesses, with his wife Nana Konadu Agyemang Rawlings being the greatest beneficiary.

“Most revolutions have easily identifiable, transformative effects. Thus the American, Chinese, French, Haitian and Russian revolutions all had lasting impacts… A year before Rawlings burst on the scene, Deng Xiaoping took the helm in China. By the time he left the scene 14 years later, his policies– or modernizations, were on their way to lifting 600 million Chinese out of poverty! While we were singing revolutionary slogans and collapsing the businesses of entrepreneurs, they were doing the real transformation.”

“We know of the dead soldiers and judges and the collapsed businesses and the curfews. There are more costs but let us evaluate the revolutions using their own standards. Did these revolutions increase probity and accountability in Ghana? Not one bit. And here is why. In the course of Rawlings’ 18-year rule, we had GHACEM and MABEY and JOHNSON which were scandals in which Courts in Sweden and the United Kingdom found that foreign companies had paid bribes to government officials, including the Rawlings family. In the Mabey and Johnson case, The Guardian reported that a court found that while Rawlings was President, there was a ‘wide-ranging series of bribes’ to Ghanaian government officials totalling 470 thousand pounds.”

“In addition, during the same period, under the guise of privatization, significant state corporations were auctioned off at ‘donkomi’ prices to friends and families of the revolutionaries, including Mrs. Rawlings. In other words, the revolutionaries became comprador bourgeoisie capitalists. And there is the Abacha bribe! The toll on our national journey of the Rawlings misadventures is incalculable but there is more,” he revealed.

Dr. Arthur Kennedy, therefore, advised that we learn the right lessons and correct all the wrongs of the ‘misguided’ revolutions.

He stated, “First, let us apologize for the needless deaths of the generals and the judges and compensate their families. Second, let us return to the affected families the homes and businesses and other properties that were seized illegally. Third, let us teach our children the ugly truths about these revolutions. And finally, let us call out and deal with those who are busy creating the conditions for the next revolution.”