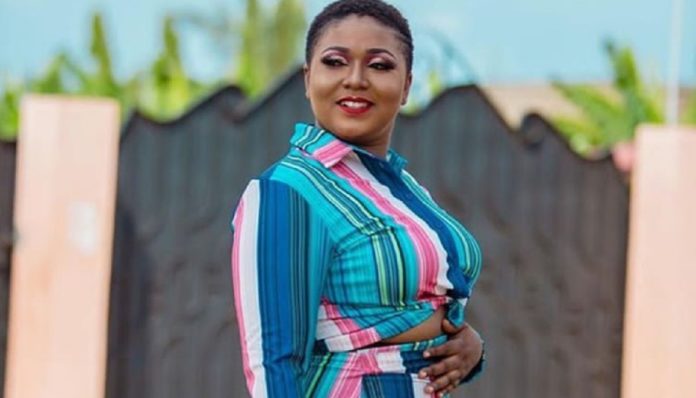 According to Xandy Kamel, while on set shooting the ‘Baby Mama’ movie, Akuapem Poloo was bonked by several men in Kumasi.

She added that Akuapem Poloo went to an unidentified man’s house to sleep with him for free.

Xandy Kamel hurled insults at Akuapem Poloo using unprintable words on her despite their recent reunion.

Xandy Kamel also warned Akuapem Poloo to refrain from mentioning her name or else she will release details about her escapades in Kumasi.

Watch the video below;

This comes after Xandy Kamel called out Akuapem Poloo for failing to promote the movie ‘Baby Mama’ prior to its premiere.

She alleged that popular Instagram page @thosecalledcelebs was the one who advised Akuapem Poloo to not promote the movie.

In reacting to this, Akuapem Poloo stated that she has been promoting the movie before her scenes were shot.

She added that while on set she was undermined by most of the actors but that didn’t deter her from playing her role and promoting the movie.

Akuapem Poloo and other casts in the movie were not present at the Baby Mama premiere both in Kumasi and Accra.

‘Jujuman’ Causes Stir As He Walk To Mortuary To Buy Blood