Supreme Court judge, Justice Baffoe Bonnie says policy think tank Imani Africa and other civil society organizations that had attempted to join the two cases against the compilation of a voters’ register by the Electoral Commission are not neutral.

The seven-member panel of Justices presided over by Chief Justice Kwasi Anin Yeboah unanimously dismissed the request to allow the think tanks to join the case saying their application is not supported by law.

The groups have been at the forefront of the push to ensure the EC does not undertake the exercise insisting this is a waste of scarce resources.

Lawyers for the Groups filed an amicus brief application. This is a request by someone who is not a party to a case to be allowed to join it to demonstrate expertise or provide knowledge that will have a bearing on the case.

An affidavit in opposition to this request signed by the Commission’s Chairperson Jean Mensah says the groups have not drawn the court’s attention to any law or decision that appears to have been overlooked by the parties in the case.

She also said they have failed to demonstrate any expertise in law or regarding the matter pending to merit the audience in the case. She further adds that the groups have shown over time that they have an interest in the case “in their public utterances”.

Lawyer for the Groups, Joe Aboagye Debrah moved the application on Wednesday morning.

He was however stopped in his tracks by members of the panel who questioned whether they are indeed coming as friends of the court to assist it or as friends of a certain party in the case.

Chief Justice Anin Yeboah asked the lawyer whether he had read the two cases pending at the Apex court. He responded that he had not read it but had only seen some affidavits.

The Chief Justice asked how he could then conclude he can add something new to the court if he had not read the writ. 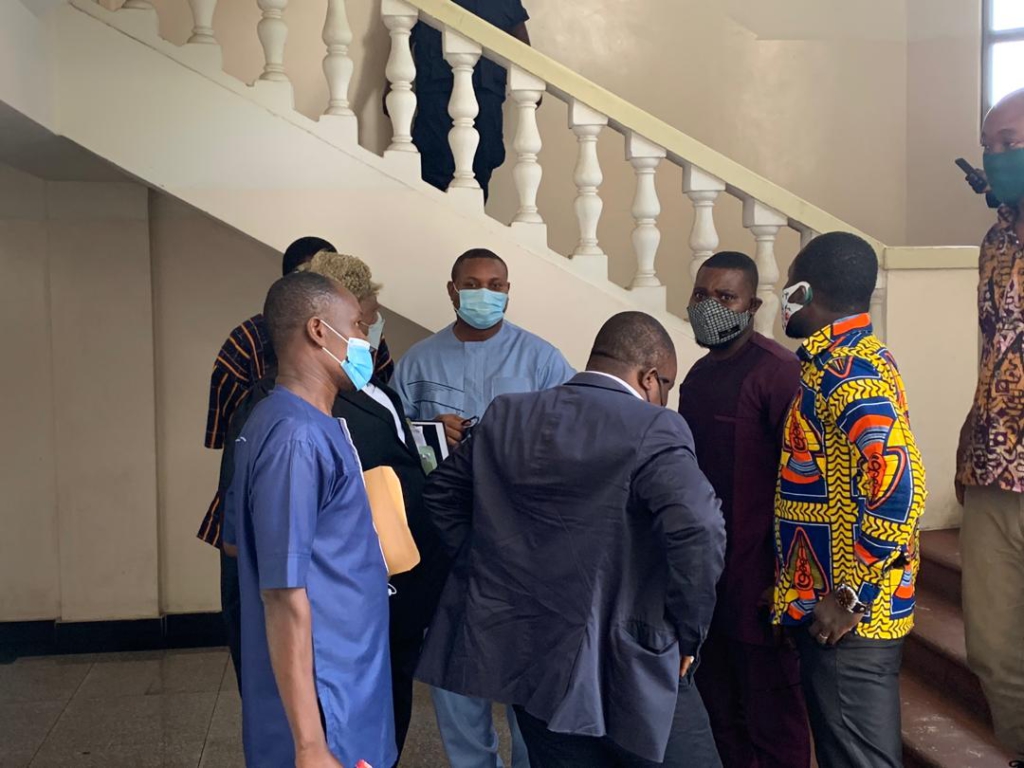 Another member of the panel Justice Baffoe Bonnie said the court was well aware of what the CSOs had been up to and is quite aware of their position on the matter.

He said the processes filed shows they are not coming to assist the court with any new information useful to concluding the matter but rather coming to support aside.

He remarked, “you are not neutral”, adding that they would have better served their interests if they had joined the party in the case they were actually supporting.

Mr. Debrah responded that they are asking to join the case as citizens who will be affected by the court’s decision.

Deputy AG Godfred Dame and the EC’s lawyer opposed the application urging the court to dismiss it. The NDC legal team opted to only say it had nothing useful to add while Mr. Takyi-Banson’s lawyer took the same view.

The court dismissed the application holding that it is without a legal basis.

The other groups that had tried to join this case are the Conservative Policy Research Centre and Institute for Liberty and Policy Innovation.

There are currently two cases pending at the Apex court filed by the NDC and one Mark Takyi Banson all seeking various reliefs relative to the register compilation.