The picture popped up during the funeral rites of late president Jerry John Rawlings.

In the picture, Ajos and Rawlings were beaming with smiles as Bishop Bob Okala was wearing his serious face in his causal comic costume.

The picture really proves that the late head of state really admired the creative arts and comedians. He was really a gentleman approachable by all. 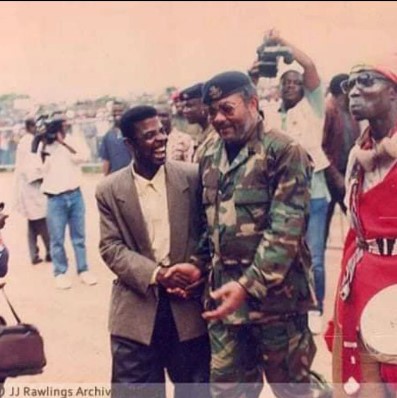 Okala, a veteran comedian who was a pioneer of the popular Key Soap Concert Party in the 90s.

The Ghanaian Concert Party is one of the many art genres that emerged in this century in sub-Saharan Africa that blend or syncretize local and foreign elements.