Donald Trump became the butt of an internet joke Tuesday after screenshots captured a brief glance he made toward his wife, Melania, as she voted.

President Donald Trump joined the electorates to determine the future Leader of the United State in the ongoing presidential elections.

The Republican presidential candidate gave two momentary looks toward his wife as they cast their ballots in New York City. While it does not appear that he tried to look at her ballot, a screenshot of his glance made the Internet rounds, with people joking that Trump did not trust his wife to vote for him.

The question is, does Trump has trust issues? 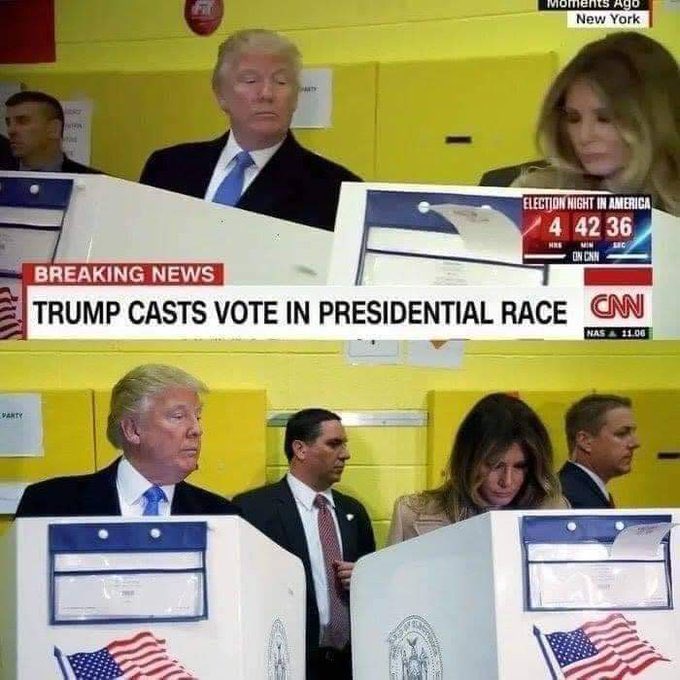