A 100-level Microbiology student at the University of Benin (UNIBEN), Uwaila Omozuwa has been confirmed dead after being raped and beaten inside her local church.

The 22-year-old student who goes to read every day at The Redeemed Christian Church of God, Edo Province 10, Ikpoba Hill, Benin, was attacked with a fire extinguisher by unknown men on Wednesday, May 27.

A family source said Uwaila died on Saturday midnight at the University of Benin Teaching Hospital (UBTH) where she was rushed to after the attack.

“The church’s security officer had gone to collect the keys to the church from its keeper when he was told that there was someone in the church already.

“He got to the church only to find Uwaila in a pool of blood  and next to her was the fire extinguisher which was used to bash her face.

“He ran back to inform the key keeper and his wife, who went to the church to meet her lifeless, thinking she was dead. After careful observation, they noticed she moved her hand and quickly rushed her to the hospital.

“It was at the hospital that Uwaila revealed she was reading all alone when some unknown men came into the church , beat, raped and hit her head with a fire extinguisher. However, she later passed on.”

The incident has led to a social media campaign for justice with the hashtag #JusticeForUwa. Here are some tweets below; 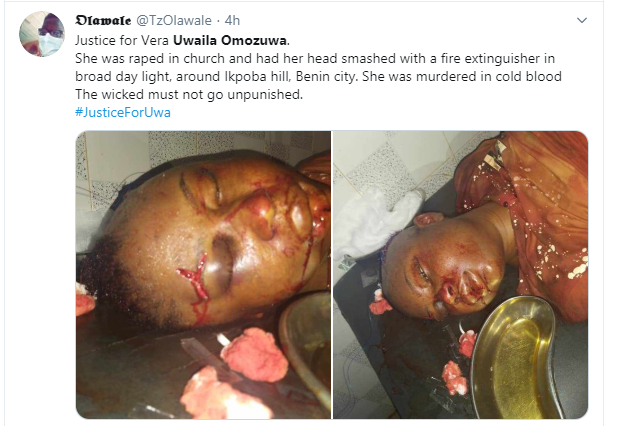 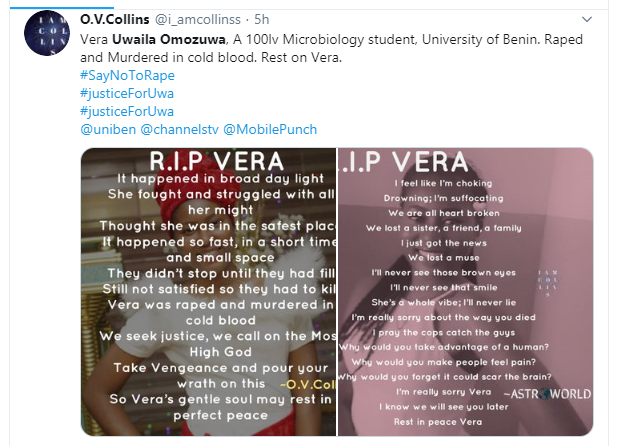 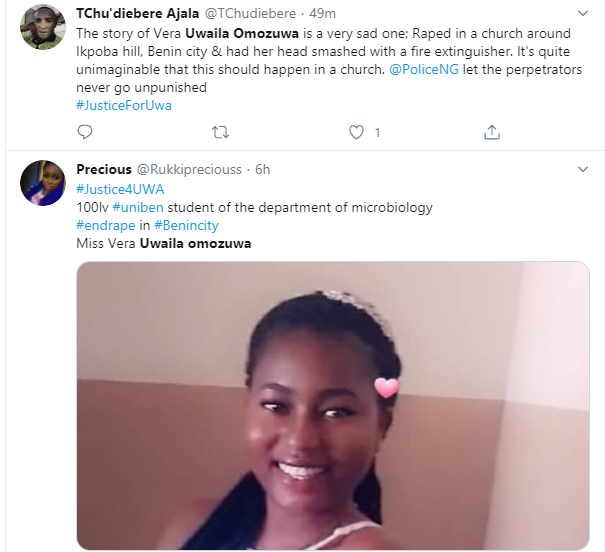 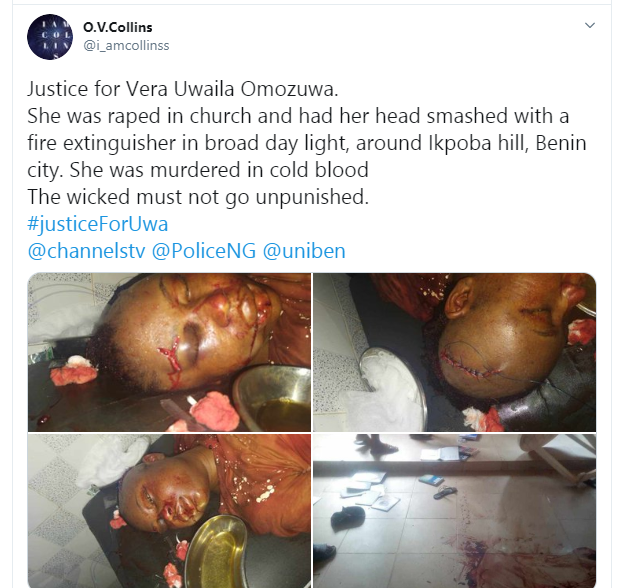 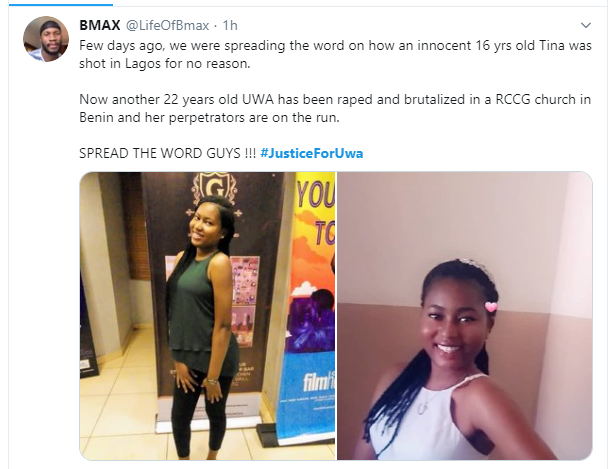 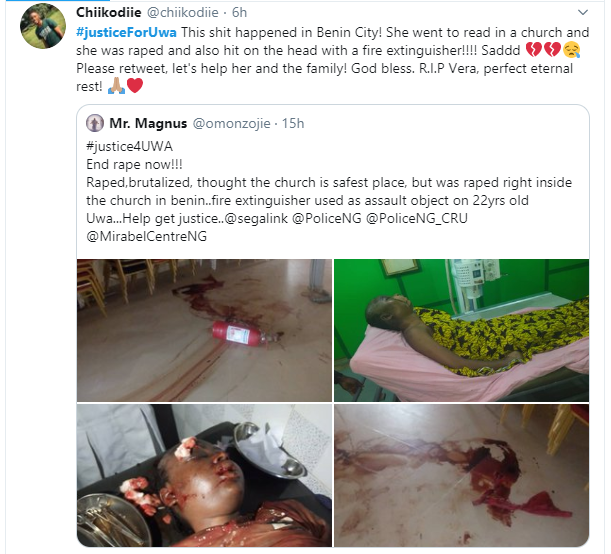 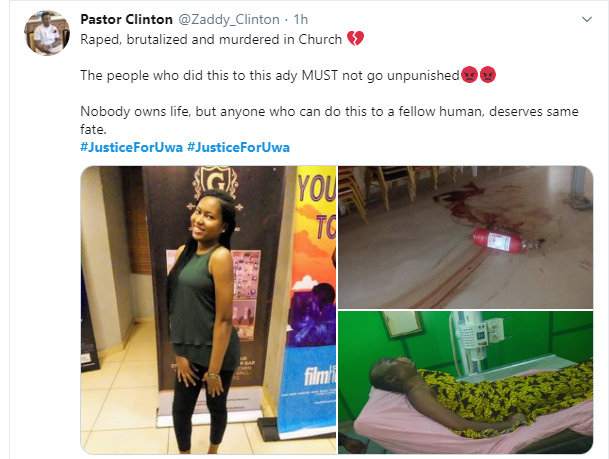 Over 20 police officers recover from Coronavirus