UK universities are testing a new online teaching link for students in China – which will require course materials to comply with Chinese restrictions on the internet.

But it means students can only reach material on an “allowed” list.

Universities UK said it was “not aware of any instances when course content has been altered”.

And the universities’ body rejected that this was accepting “censorship”.

A spokeswoman said the project would allow students in China to have better access to UK courses “while complying with local regulations”.

But in a separate essay published by the Higher Education Policy Institute on Thursday, Professor Kerry Brown of King’s College London cautioned of the risk of universities adopting “self-censorship” when engaging with China.

MPs on the foreign affairs select committee have previously warned against universities avoiding “topics sensitive to China”, such as pro-democracy protests or the treatment of Uighur Muslims.

Chinese students have become an important source of revenue for UK universities, representing almost a quarter of all overseas students – and Queen’s University Belfast is chartering a plane to bring students from China this autumn.

China’s internet censorship means that some websites are filtered or blocked – and there have been concerns that students in China could not study online, such as clicking on an embedded link in a scholarly article.

The technical solution, provided free by the Chinese internet firm Alibaba Cloud, creates a virtual connection between the student in China and the online network of the UK university, where the course is being taught.

But a spokeswoman for JISC says Chinese students will not have free access to the internet, but will only be able to reach “resources that are controlled and specified” by the university in the UK. 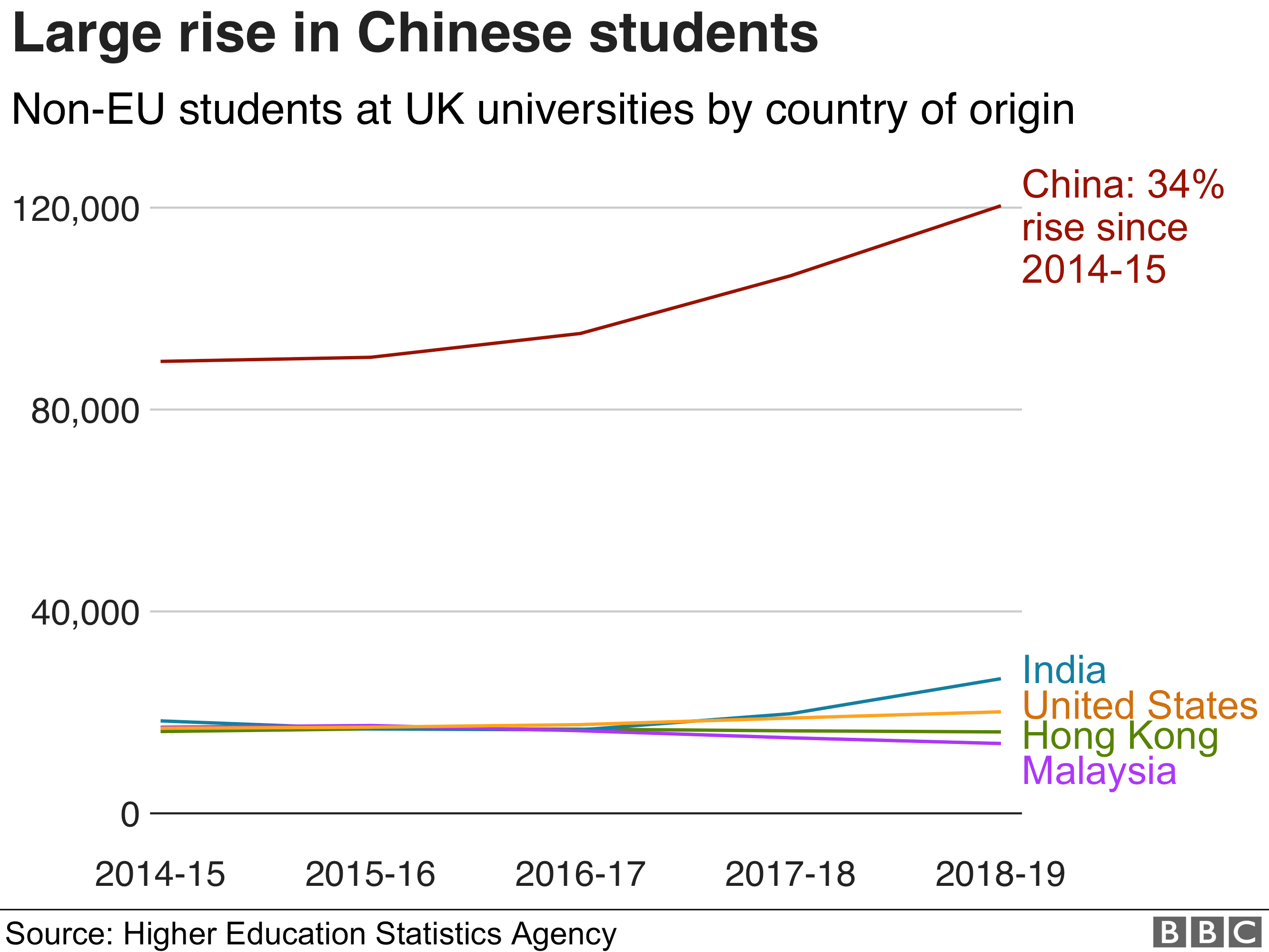 Any online information used in these UK university courses will have to be on a “security ‘allow’ list, which will list all the links to the educational materials UK institutions include in their course materials”, said JISC.

This raises questions about academic freedom and free speech – but when asked about whether these principles were being put at risk, the universities have so far referred back to JISC.

JISC, which is an online services provider, says such issues are for the universities – and that “all course materials have been within regulations. Nothing was altered or blocked”.

Universities UK, which is a supporter of the project, said: “We do not endorse censorship. This scheme is intended to ensure that Chinese students, learning remotely during the pandemic, can access course materials and are able to continue their studies.”

The university body said a similar scheme was already operating for Australian universities.

As well as complying with Chinese regulations, this online link is intended to create a more reliable connection, so that students can more easily watch lectures and follow their courses.

JISC says online students in China face particular barriers with restrictions that “screen traffic between China and the rest of the world, filtering content from overseas used for delivering teaching and learning and blocking some platforms and applications”.

The pilot will finish this month and it could be offered more widely from September.

Stop putting exams ahead of lives – GMA to GES