Eric Trosset told NPR radio that he had died of a heart attack. AFP said his death was not linked to coronavirus.

Allen was the drummer and musical director of musician Fela Kuti’s famous band Africa ’70 in the 1960-70s.

Fela, as he was widely known, died in 1997. He once said that “without Tony Allen, there would be no afrobeat”.

Bye bye Tony Allen, beautiful spirit and friend who has changed the history of African music. I was so lucky to work with you on my last 2 albums. Sending lots of love to his family and friends. @allencodrum

On Instagram, she said that Allen had “changed the history of African music”.

Ghanaian rapper M.anifest tweeted that Allen “put the beat in afrobeat” and thanked him “for a lifetime of being quietly epic”. 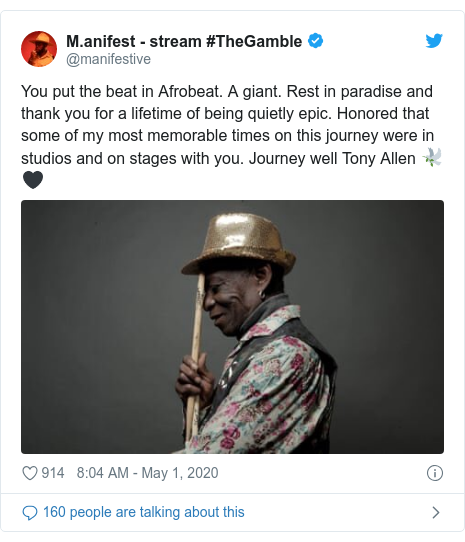 Flea, the bassist for the Red Hot Chilli Peppers, who spent time with Allen in London, called him “one of the greatest drummers to ever walk this earth” and described him as his “hero”.

“What a wildman, with a massive, kind and free heart and the deepest one-of-a-kind groove,” Flea said on Instagram. 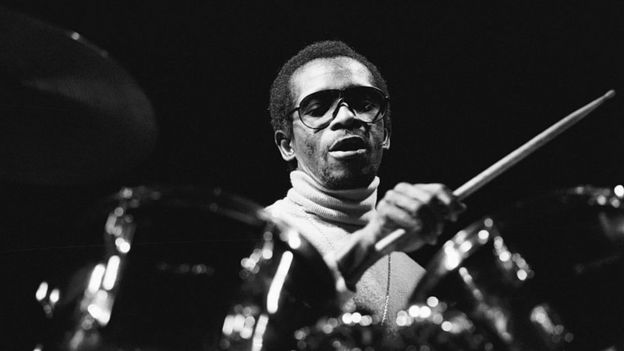 Who was Tony Allen?

Allen’s career and life story were documented in his 2013 autobiography Tony Allen: Master Drummer of Afrobeat.

He said he learnt his technique by listening closely to American jazz drummers Art Blakey and Max Roach. He then created the distinctive polyphonic rhythms of afrobeat and was said to be able to play four different beats with each of his limbs.

GHALCA: Kudjoe Fianoo re-elected as chairman for a second term

HOT VIDEO: Drunk Ama Broni Was Electrocuted, First Person Who Tried To Save Her Was Also Shocked – Close Friend Who Rushed Her To Hospital Tells Exactly What Happened