AS police investigators probe the death of the 50-year-old senior police officer, Deputy Superintendent of Police (DSP) Devine Asiam who reportedly killed himself in his room at Borteyman in the Tema West Municipality, his family has been speaking about his death.

They tell DGN that they are shocked over the incident and waiting patiently for the police to conclude its investigation into the matter to unravel the circumstances under which led to the death of the police prosecutor attached to the Legal and Prosecution Unit of the Tema Regional Police Command. 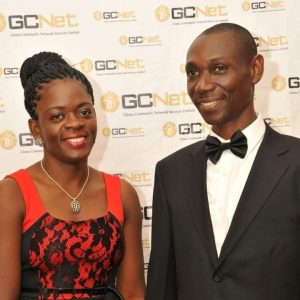 Last Sunday on Val’s Day, February 14, 2021, DSP Asiam who worked at the court unit in Ashaiman was found in his room with a gunshot wound around his left eye suspected to be suicide attempt. He was bleeding profusely but still alive.

He was quickly rushed to the Police hospital for medical attention but unfortunately died shortly after.

Crime scene investigation conducted in his room led to the retrieval of a Pietro Berretta pistol smeared with blood on the floor. Four live rounds of ammunition were found in its magazine.

John Sammy Asiam, an uncle of the deceased told DGN online that they have been devastated over the death.

According to him, they least suspected an incident of such nature could come close to the family.

“In fact we cannot point on anything and we don’t understand and it’s unclear whether it is either evil forces or what until the Lord himself will let us know. What happened is not clear and it is only investigation can reveal what has happened,” Uncle of the deceased trying to ascertain what might have let to the death of the policeman.

DSP Asiam, a widower who lost his wife about two years ago through child birth, left behind three children with the youngest daughter being 2-year-old.

Meanwhile, elder brother of the deceased, Isaac Asiam revealed some details about the death of his brother who lost his wife through childbirth of his last child some 2 years ago.

He indicated that although DSP Asiam wife passed on, fortunately his daughter survived.

According to him, the deceased, prior to his death sent text messages to friends, relations and colleagues that midnight wishing them ‘good night’.

He continued by stating that DSP Asiam left a note behind for his sister who is staying with them to use his ATM card to withdraw an amount of GHC5,000 from the bank for the upkeep of the house and children.

Isaac Asiam, however did not disclose how the death of his brother occurred and what might have led to the incident but mentioned that he was admitted at a health facility and discharged the same day before the incident.

REVEALED: Inside story of how, why Akufo-Addo snubbed both Bawumia and Alan over 2021 Budget reading