The Supreme Court has in a unanimous decision merged the two cases against the EC’s voters’ registration exercise.

The Court has also indefinitely adjourned its judgement in the case filed by the NDC which was slated for June 23.

Deputy Attorney General, Godfred Yeboah Dame, in an application urged the Supreme Court to merge the new case filed against the Electoral Commission with the other case was which was due for judgement on June 23.

Both cases relate to the EC’s decision to compile a new voters’ register.

The NDC is in court asking the Apex Court to direct the Electoral Commission to allow eligible Ghanaians use the existing voter’s ID card as proof of citizenship.

The party had earlier challenged the EC’s decision to compile a new register but abandoned that cause after the court asked it to clarify what relief it wants granted.

The court had fixed June 23 to deliver its decision on whether or not the existing voter’s ID card can be used in the upcoming registration exercise.

As the EC and the nation await this judgement, a new suit was filed against the Commission.

Describing himself in his writ as a native of Breman-Kokoso in the Asikuma-Odoben-Brakwa District of the Central Region, Mark Takyi-Banson is challenging the decision of the Commission to use the Ghana Card and the Ghanaian passport as the only identification documents.

He wants the EC to be directed to include a birth certificate and the existing voter’s ID card as evidence of identification in the upcoming mass voter registration exercise.

Deputy AG Godfred Dame moving his motion on Friday said the two cases bother on the same facts and have similar reliefs. 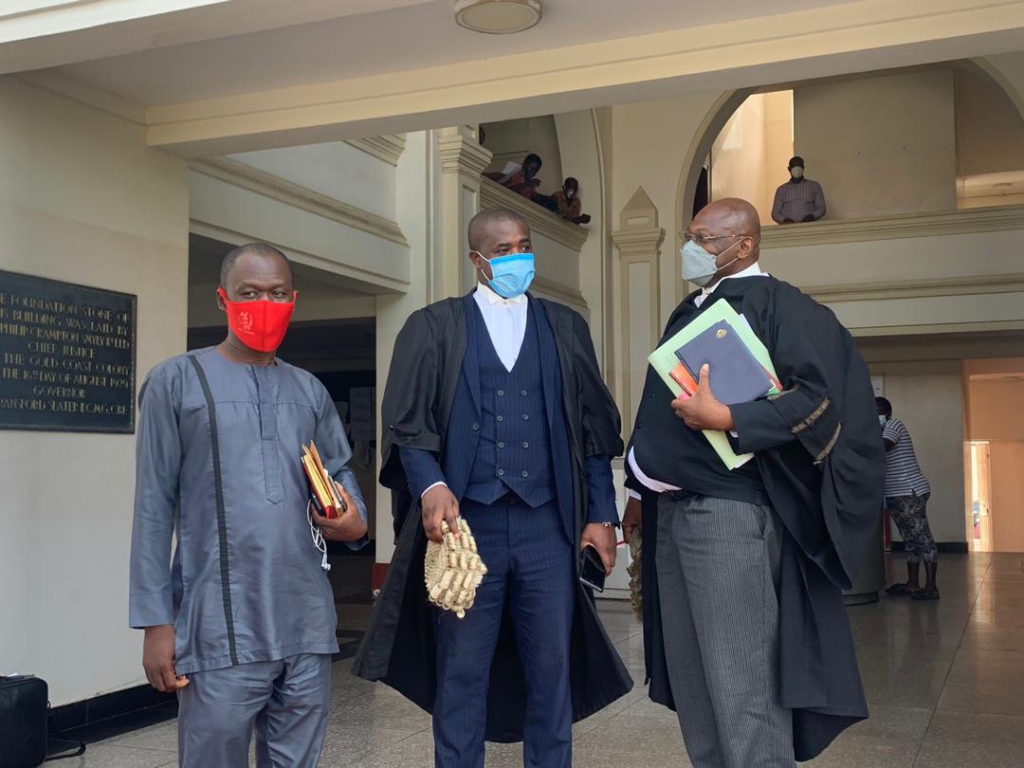 Mr. Tamakloe said the new case was different from the initial one. A member of the panel of Justices, Justice Gbadegbe however disagreed with Mr. Tamakloe.

He said the court merging the two cases will however mean they will render judgment in both cases. Mr. Tamakloe at that point said the party withdraws its opposition.

The other parties in the case including the Electoral Commission did not oppose the motion.

The court then announced that as a result of the merger it has adjourned indefinitely its judgement in the NDC case which was slated for June 23.

The plaintiff in the second case has been directed to file his statement of case by Monday, June 22.

The AG’s Office and the EC is to respond by June 23.

The two cases have been adjourned to a June 24 for oral arguments.