Another case of ring theft has rocked Pantang as a teenager is almost losing his index finger in a suspected spiritual attack.

The distraught young man who identified himself as Seth Omari Boateng told Adom News that a ring he stole about a week ago is proving deadly, giving him sleepless nights.

Narrating the genesis of the ordeal, Seth recounted how he visited a jewelry stand to buy a chain he had been sent for, but upon sighting the silver ring, he stole it.

Seth confessed he did not have money to purchase the ring, hence he stole and hid it inside a cloth, at the blind side of the seller.

He attributed the theft to greed, adding that for over a week now, the ring has been unable to come off as it keeps eating into his flesh.

A Beninois spiritualist who was contacted for help is said to have diagnosed the ring as one made for spiritual sale. 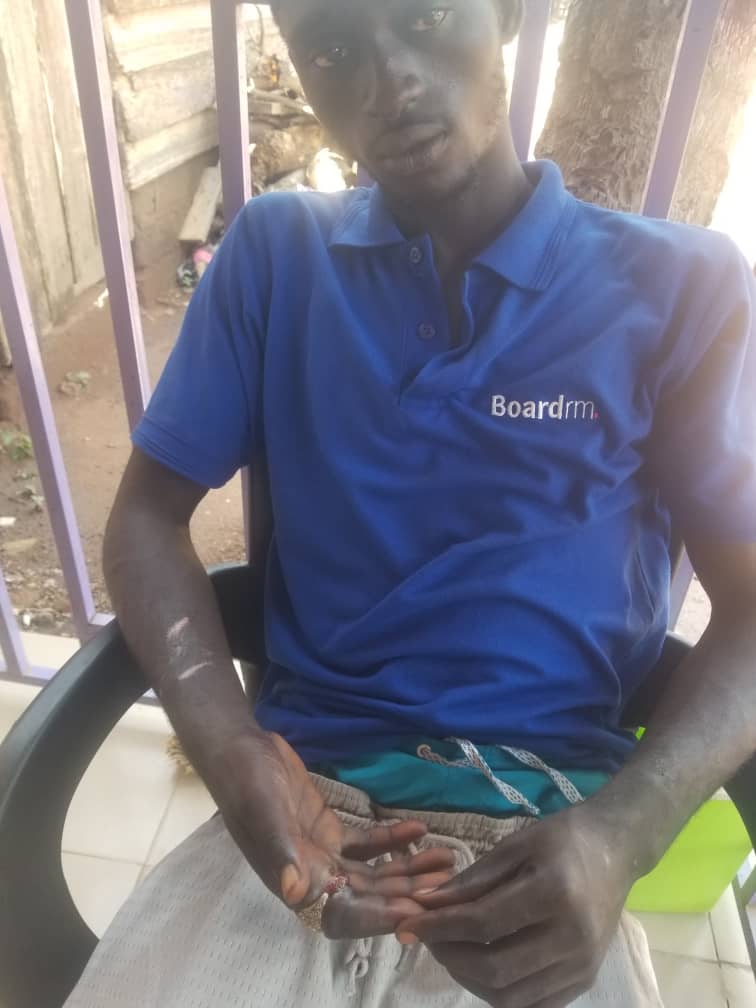 Having heard of a similar case on Adom FM, Assembly Member of the area, Mr Obedeka is pleading for help to save his subject.