The Police Domestic Violence and Victim Support Unit (DOVSU) is a warning of an emerging crime wave known as sextortion.

It says there is an increasing incidence of young men using obscene pictures, especially, of women to blackmail them for monetary gain.

“Such cases are going on and in fact, many, many young girls are now suffering because of it. It’s just that they feel guilty to come out and report,” says Ashanti Regional DOVVSU Commander, Supt. Susana Derry.

Officials advise girls and young women to be extra vigilant in order not to fall, the victim.

Unsuspecting persons who naively send their nude images to their male partners via social media platforms are highly vulnerable.

They are threatened to yield to the financial demands of their attackers or risk having the nude materials circulated in public.

Amma, not her real name, a nursing training student is a victim.

She has paid an unspecified amount of money to her attacker, a man who proposed love to her on Facebook.

“I was just there. He kept giving me pressure. The fear is still there,” Amma told Joy news.

DOVVSU has been investigating five of such cases between the last quarter of  2019 and June 2020.

Command officials say it is the first time in several years such cases have come up at the unit.

“This is something which is now a trend among the youth and the girls are the sufferers.

“We call it sextortion. Because of social media; Facebook, whatever then somebody is the boyfriend on Facebook and the person will manage and lure the girl; take a naked picture of yourself and send it to me so that I will see.

“This girl naively sends this picture to the guy. After the guy has gotten the picture, then he starts blackmailing; if you don’t bring me this amount,  I will put it out there,” Supt Derry explained. 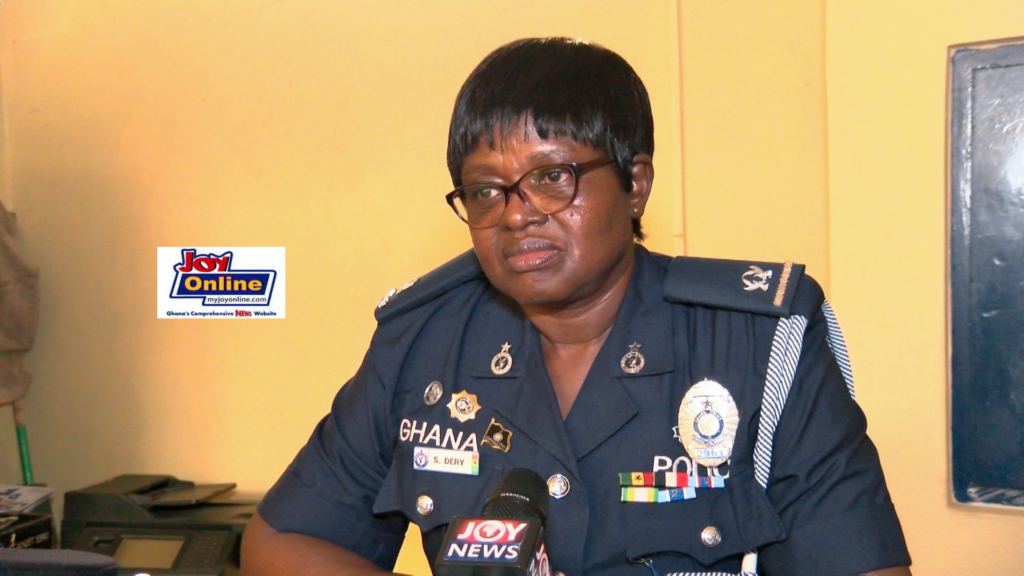 Unit Commander, Superintendent Susana Derry, says many victims are reluctant to report such cases to police.

With the support of some mobile network providers, police are able to bring the perpetrators to book.

Supt. Derry revealed the victims who are mainly literates from Basic to tertiary levels of education are tormented by their attackers, with some contemplating suicide.

” This girl will go and get some money and give and the next minute, this person will continue to torment this girl until if you do not even care, she even takes medicine and dies.”

Supt Derry tells JoyNews on the sidelines of an event to commemorate World Population Day victims must collaborate with police for justice and relief.

“When you are facing such a problem, when you report to our outfit, that,  DOVVSU, we will let you and also with other people we work with try to locate whoever is doing that to you through the same medium and in collaboration, we would be able to detect where the person is and possibly pick up the person but with this, we need corporation of the victim,” she said.

38-year-old Bobi Wine has shaken up Ugandan politics: Four things worth knowing about him