Ghana’s Fourth Republic started from 1993 to present and has had 5 presidents.

Under the current Constitution the President is head of both state and government. The President is elected by Ghanaians and serves a four-year term that expires at the next general election; a President may serve a maximum of two terms. In the event of a vacancy, the Vice-President serves the remaining time as the President.

Today, in this article, we are going to see pictures and get to know more about the families of the 5 heads of State of Ghana in the 4th Republic of Ghana. 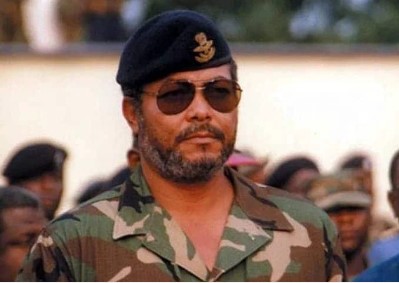 He was the first president of the fourth republic of Ghana. He became president of Ghana in 1981. He left power in. His excellency the late Jerry John Rawlings died in November 2020. He was married to Nana Konadu Agyeman Rawlings.

His Excellency John Agyekum Kuffour was the second President of the republic of Ghana. He came to power in the year 2000, and left power in 2008 ,after his second term in power. He is married to Theresa Kuffour.

Pictures of all the five children of former president Kuffour.

As the third president of the fourth republic of Ghana, his Excellency the late John Evans Atta Mills became president of Ghana in 2009 , after he won the December 2008 presidential election. He died in 2012, before the end of his first term as president of Ghana. He was married to Ernestine Naadu Mills.

The late president had a son. He is his only child. His name is Samuel Kofi Mills .

See his picture below.

See their pictures below.

Picture of Nana Addo Danquah Akuffo Addo with children and other family members.

HOT VIDEO: Prostitute trade blows with customer to demand payment after he refused to settle his debts

I was only attracted to females growing up – Popular lesbian