The lady, Adrienne Nicole Edwards, came out to explain that she had lost her phone last week which contained personal videos and photos of herself and D Black.

Unfortunately for them, the phone ended up in wrong hands which got the videos leaked.

She posted this on facebook on 11th September, 2020, a week before the leaked video surfaced. 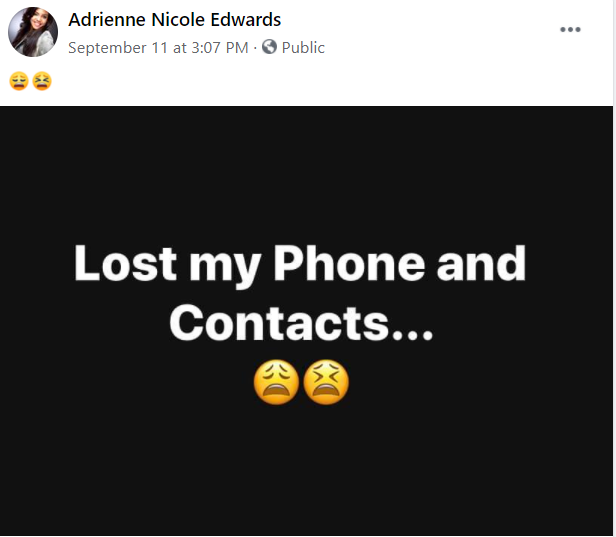 A search by My News Ghana has found out that the lady, Adrienne Nicole Edwards, is not a slay queen as many have suggested but rather a responsible corporate woman from the Los Angeles Carlifornia, United States who got her personal life in public by no fault of hers.

Adrienne and D Black broke up somewhere in 2016 before she went ahead to ran for public office in Los Angeles Carlifornia.

Adrienne Nicole Edwards, is the Chief Executive Officer (CEO) of The ANE Foundation and also stood to be elected into congress in the United States of America.

Chek out her bio below:

Adrienne Nicole Edwards is a Social services provider running for the 34th Congressional District seat to replace incumbent, Xavier Becerra, who has been chosen by Jerry Brown as the new California Attorney General.

Adrienne is a activist and community organizer. She ran for public office twice against Xavier Becerra for the House of Representative seat in the 34th Congressional District. In 2016, she had 23% of the vote.

The elections for the 34th Congressional District of California are considered to be a prevailing Democratic election – as out of the 23 candidates, only one is running as a republican. The election is meant to replace Xavier Becerra (D), who was appointed by Jerry Brown as the California Attorney General.

Election 2020: Judge me by my records – Akufo-Addo

US Embassy in Lagos shut down

I wish victory for NPP but from 2021, the protest I’ll lead is deadly than Nigeria’s – Aplus (Video)