The death of Elizabeth Yesutor, the lady whom per police report died due to physical abuse suffered at the hands of her partner Philip Caezar Kumah has triggered a conversation on social media about domestic violence and how Ghanaian society implicitly condones such vices.

Since news of the incident broke, social media has been awash with various accounts of abuse, particularly ladies, have encountered in relationships.

One of such persons is the former wife of Ras Mubarak. Rasheeda Adams as she is known has in a long epistle highlighted some of the ills of the Ghanaian society with respect to providing help for victims of domestic abuse.

Rasheeda in her recount of events leading to her acrimonious divorce with the former Kumbungu Member of Parliament brings to the fore questions about support systems for victims.

She also sheds light on how society and the law tend to shield abusers, particularly persons of influence, from facing justice for their actions.

Rasheeda drives the conversation to how sometimes families become insensitive to the plight of victims by recounting ill-treatment meted out to her sister.

In the end, she re-echoes a message that has been preached on countless occasions to persons in relationships. No relationship is worth your life so ‘leave and live’. 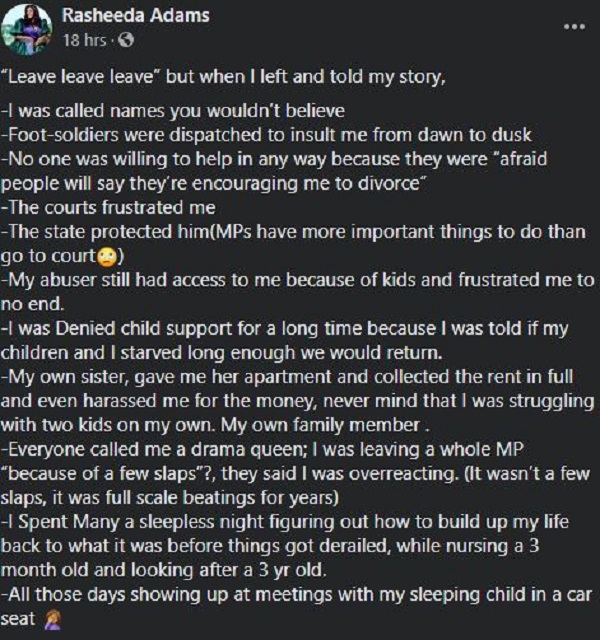 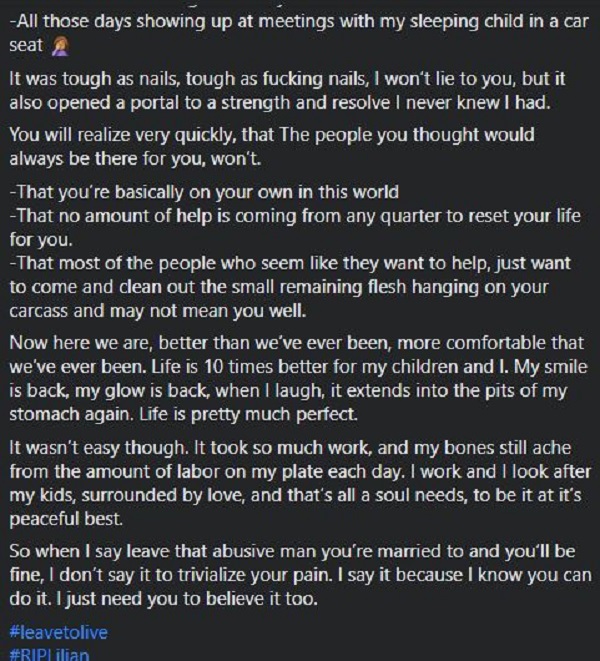 TRENDING VIDEO: Obinim In Trouble as he Confesses how he stole money from World Bank