Former Member of Parliament for Kubungu Ras Mubarak has asked the people of Ghana to ignore his ex-wife Rasheeda Adams over claims that he abused her while they were married some years ago.

Rasheeda in an attempt to educate women on the need to leave their marriages if their partners are abusive used her marriage to the MP as an example.

She indicated that after several years of enduring the pain, she left in order to have her sanity indicating that it was a turning point in her life.

Rasheeda indicated that although society did not support her throughout the divorce process, she came through it and that has made her a better person.

However, Ras Mubarak who is at the center of all these allegations has responded in similar regard detailing the issues regarding the break in their marriage.

He indicates that they are all falsehoods and that he is not shocked that his wife who is clearly a man hater will peddle untruths about him because she hated her father so much so that he didn’t invite him to her wedding neither did she go to his funeral.

Ras Mubarak denied ever abusing Rasheeda physically, emotionally and financially like she has made the world to believe. 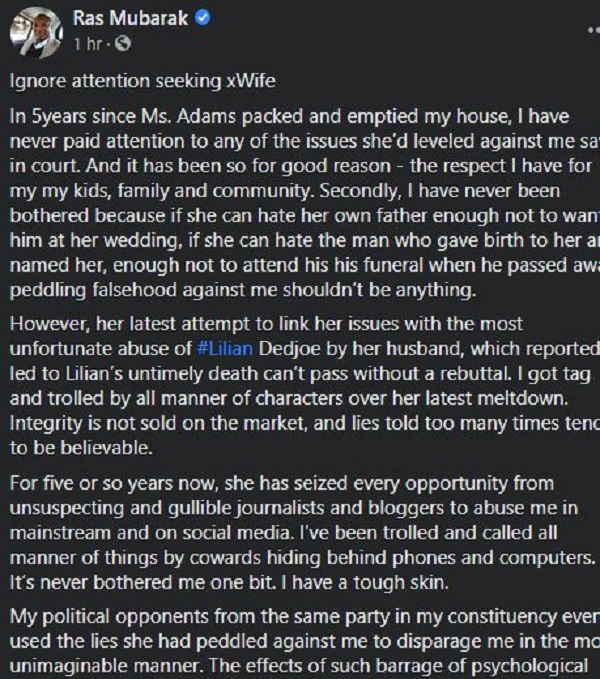 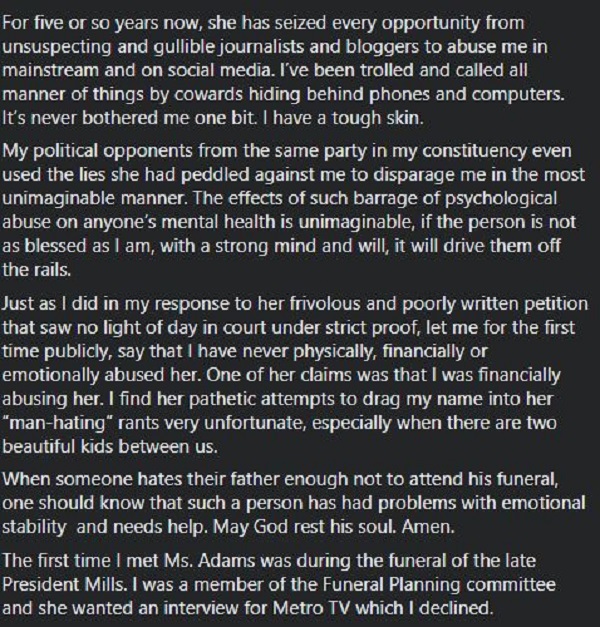 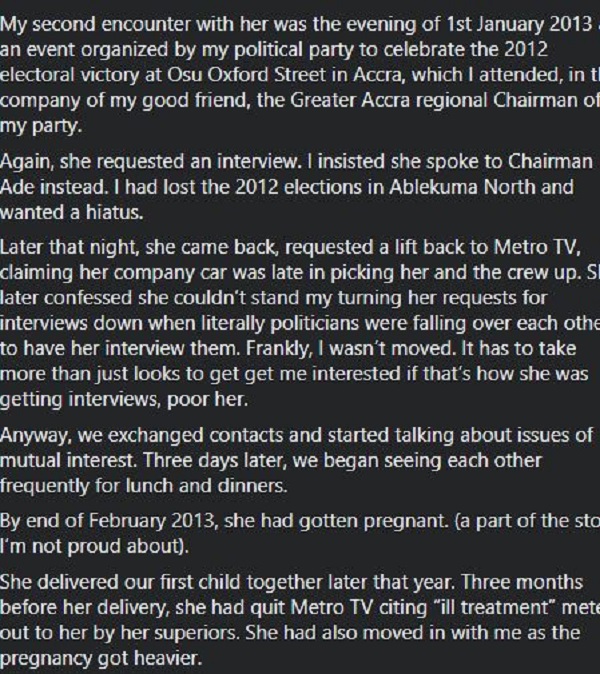 We'll not allow the Executive to run amok - Speaker warns