The priestess at the center of the Kafaba incident which claimed the life of the 90-year-old woman has been arrested by the Savannah Regional Police Command, Reportghana.Com report.

The priestess(name withheld) was arrested at her hideout in one of the communities by the police upon a tip-off.

She is currently assisting the police in investigations.

Madam Akua Denteh believed to be in her 90’s was lynched for allegedly being a witch in Kafaba in the East Gonja Municipality of the Savannah region.

The ordeal of the poor old woman follows allegations by a soothsayer that the old lady was a witch.

Her death sparked wider condemnation on social and mainstream media over such brutalities which are very prevalent in the Northern parts of the country. 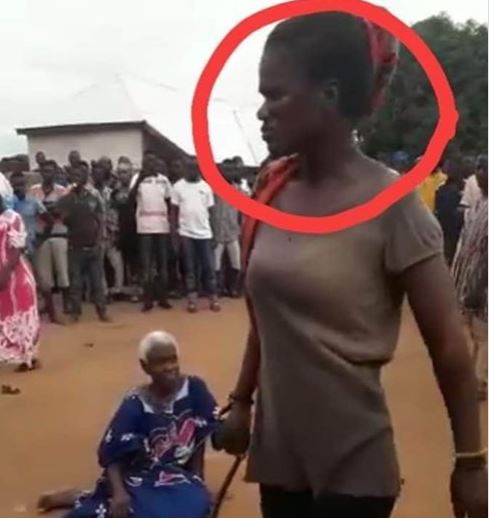