But for the timely intervention by the military and police Monday morning, a clash would have ensued between agents of the New Patriotic Party (NPP) and the National Democratic Congress (NDC) over the siting of a registration center about 60 meters from the house of Samuel Nuettey Ayertey, the Deputy Eastern Region Minister, and NPP Parliamentary Candidate for Lower Manya Krobo.

The disagreement was also over allegations of registration of non-residents under the supervision of the Deputy Minister.

Some members of the NDC, including a Deputy Youth Organizer, Oblanda Amoah, were allegedly assaulted in the process. 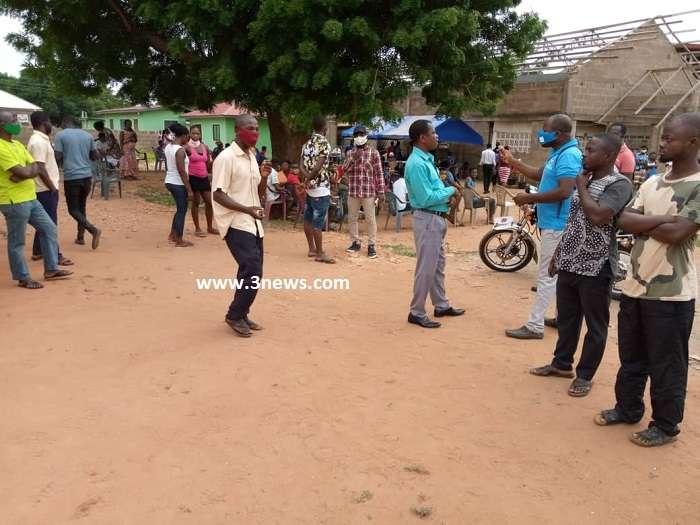 But Mr Homenu threatened that his party will face the NPP squarely.

Denying the allegations, Lower Manya Krobo Constituency Secretary of the NPP Goldman Awuku said the said polling station was created in 2012 and wondered how the MP and the NDC would pretend to be unaware of its existence.

He also denied that the party was registering non-residents at the centre.

GHS1,500 stolen from another traveller at Kotoka Airport