A photo of an unknown fetish priest was discovered buried under a stone at the shrine of a fetish priest, Power 1, at Sakyikrom, a town near Adeiso in the Eastern region.

The photo, which appears to be the obituary of the fetish priest, was recovered in a special police swoop led by COP Ken Yeboah of the Criminal Investigations Department (CID) of the Ghana Police Service. 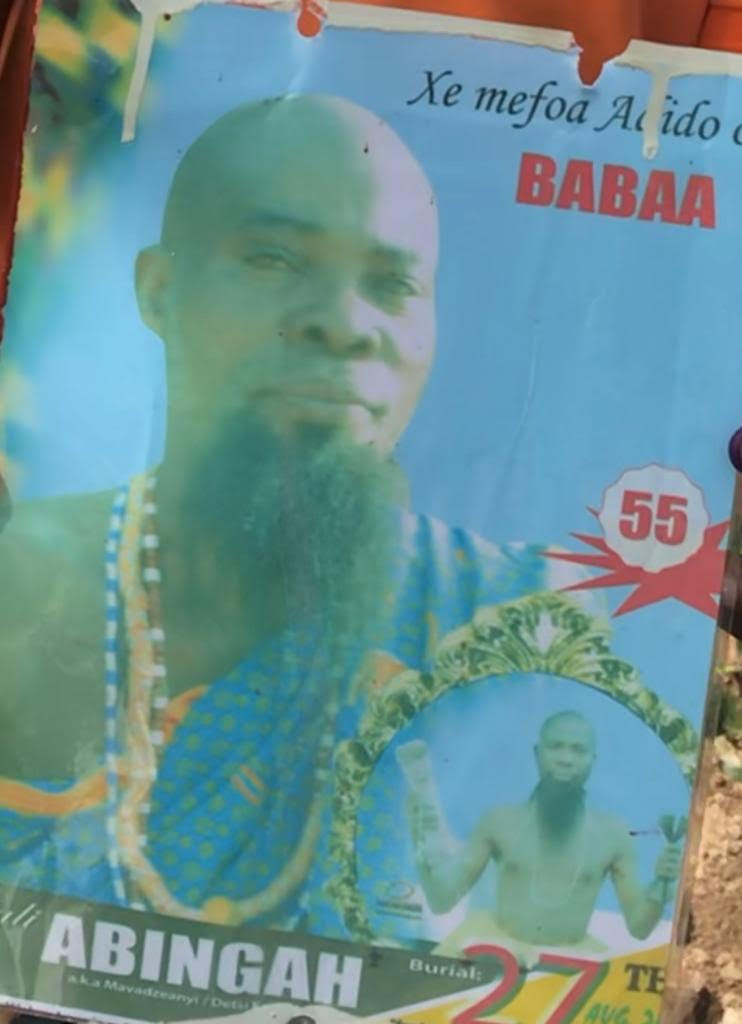 A special police investigative team deployed mainly from the headquarters, led by COP Yeboah head of the CID, discovered the human parts.

At least three headless bodies were found along with fresh human head, skulls and other human parts tied in a polythene bag ready to be used for sacrifice.

The three human parts discovered were those of two males and a female without their heads.

The suspects, Power 1 and Famous age 40 and 36 years respectively were arrested in the swoop and are currently in police custody pending further investigations.