The moment a handyman from West Yorkshire fell from the roof of a building after his ladder slipped from under him was captured on CCTV and has been shared online.

Josh Coates, 30, was working at the top of a ladder which was unsupported at the bottom. The bottom of the ladder slipped and Josh fell down with it. He hit his head on an aluminum step ladder which broke his fall. 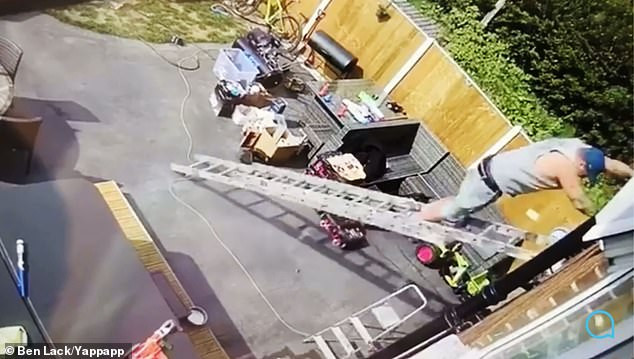 He smacked his head and broke his leg when he fell but his injury was not life-threatening.

Josh later got to watch the CCTV footage of his fall. 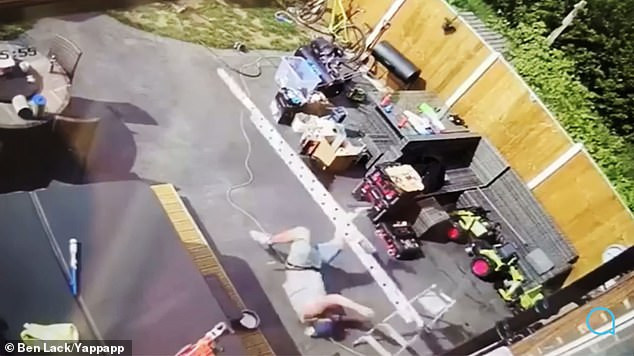 As he watched the video, Josh can be heard saying: “I hit my head on the ladder. It was my head that bent it.”

He added that he was “okay, just a broken tibia and four pins.” 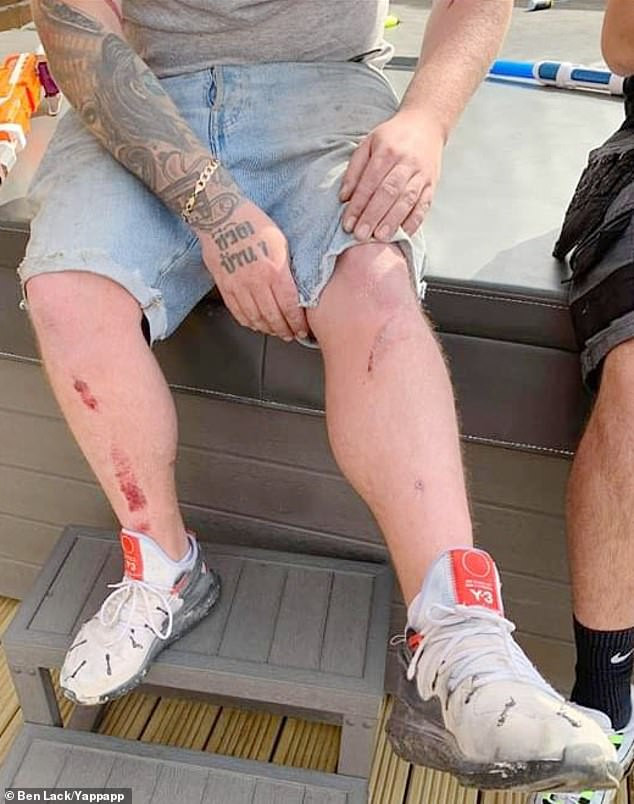 The step ladder Josh fell on was left dented at the top after his head hit it during the fall.

The handyman from Wakefield sustained cuts, bruises and a broken tibia. 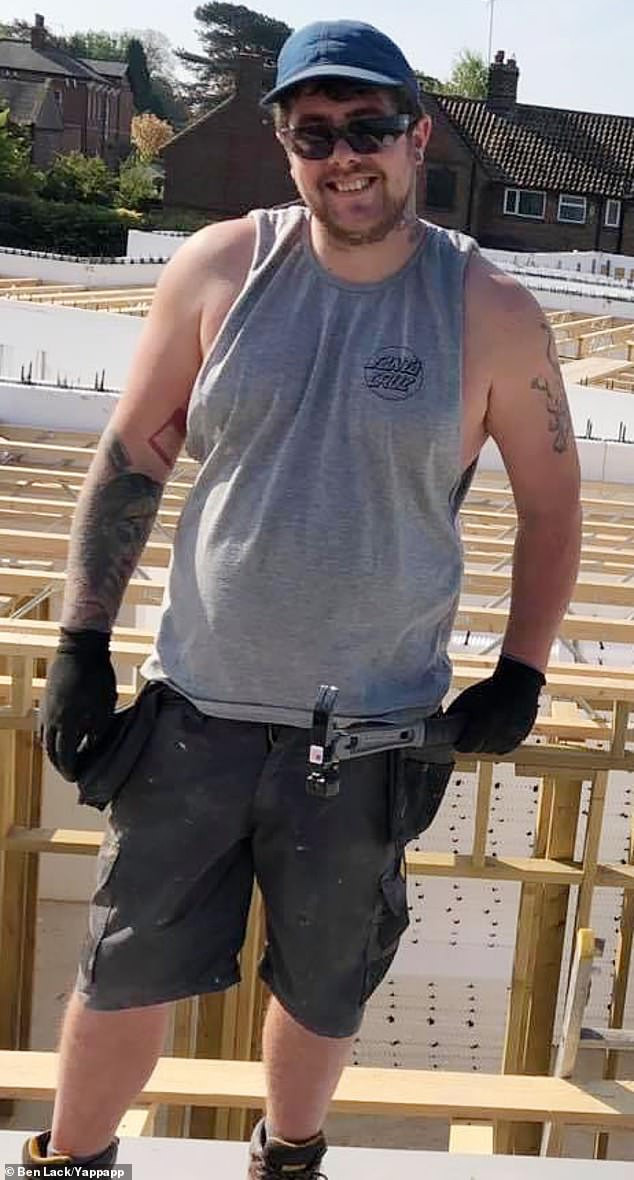 The CCTV footage was shared online by his friends.

Panic at Ghana Manganese as Community officer dies of COVID-19