Two robbers, who attacked a bullion van, and killed a policeman at Nyankomasu have been arrested at Kasoa.

They were arrested in a police operation at Kasoa on the dawn of Saturday, February 6, 2021.

The two suspects have been identified as Martin Tei aged 27 and John Appiah Raymond aged 31.

The Kasoa Divisional Police patrol team arrested the two in their hideout at Kasoa Ota-city. 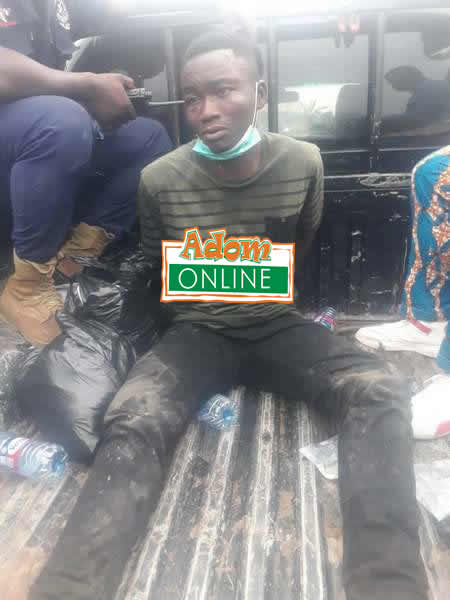 The suspects at the time of arrest jumped from a two-storey building in an attempt to flee.

However, other personal, who was on the down floor, accosted them.

Police sources indicated that they will be transferred to Kumasi after taking their statements at Kasoa.

No free coronavirus test for you – Noguchi turns away Ghanaians