Some angry members of the ruling New Patriotic Party in the Asokwa Constituency Saturday invoke deities to deal with national, regional and constituency executives of the party who are trying to prevent a fair contest in the upcoming NPP primaries.

They believe that the only contender of the incumbent MP; Dr. Nana Yaw Boakye has been cleared to contest following his petition to the appeals committee of the party. They however say some party executives have been paid to make sure Madam Patricia Appiagyei goes unopposed.

The furious party supporters, including some delegates and executives who are not happy with treatment being meted out to Dr. Boakye explained that all they want is a fair contest. “We will then find it easy to rally behind the winner and campaign. However, if they force the woman on us, we will not campaign with her. We will vote for the NDC or an independent candidate,” they threatened. 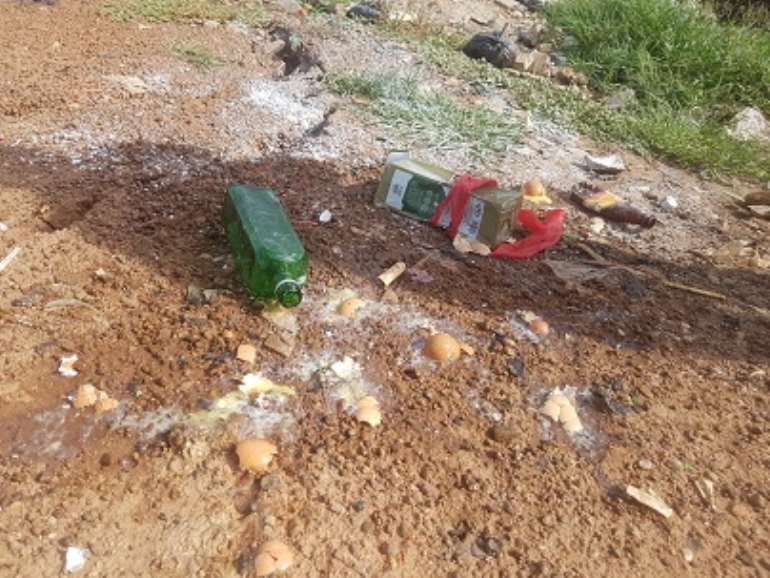 The young Medical Doctor, the only contender to Madam Patricia Appiagyei the youth claimed has been treated like an outcast as he was refused forms in his constituency as well as the regional office of the party. He later obtained the forms from the party’s national office but was again frustrated in his efforts to submit the forms. His vetting thus became his slaughter grounds as he was asked flimsy questions and not given the chance to deliver answers., the group told this reporter.

The Doctor who has been the head of the NPP’s Medical team for several years and has treated many party members on the sick bed.

He held public health events and renovated collapsed classrooms for the constituency. Inspite of all the maltreatment, Dr. Nana Yaw Boakye has held his tongue. His supporters however say they cannot sit back and watch such a promising young man’s efforts go waste. 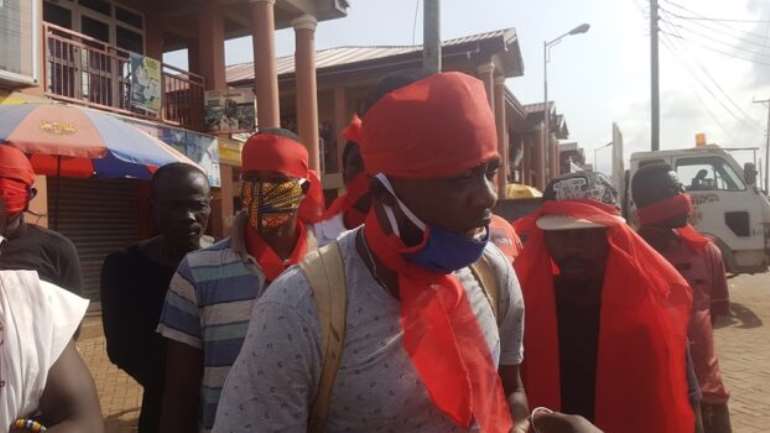 The youth clad in black and red bands converge at the bank of a river near the Atonsu market and offered schnapps and eggs to the river to judge between the doctor and the “wicked party executives” who they claim have allegedly taken bribes to frustrate him.

Many people around the market were also not happy with the frustrations the young man was going through. They said, “this is unlike the NPP.” Some also declared in anger that the incumbent MP remains a bench warmer and has not done anything for the party within the constituency. “Why is she so afraid of a contest if indeed she is doing her job well?” they queried.

A chief; Nana Kwasi Nimako Ampraw, who was at the scene advised the young men to desist from invoking deities as it is a serious thing and could cost lives. He advised the party’s top brass to take up the matter and ensure that justice prevails since the action taken by the pained youths will definitely have an impact on the targeted persons and their families.

He explained that what the young people did, if indeed their allegations are true, could lead to the demise of innocent family members of the party executives mentioned. 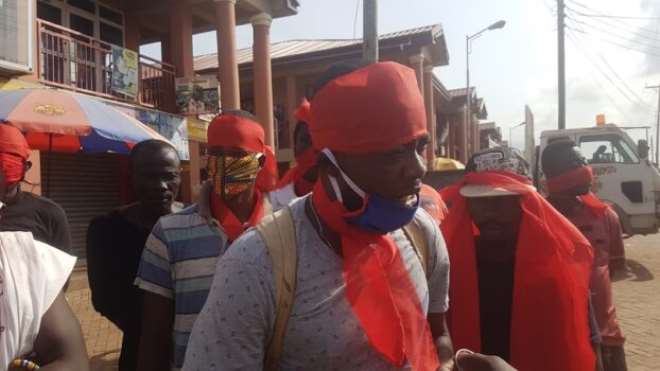