An aspirant in the just-ended New Patriotic Party (NPP) Parliamentary primaries at Assin North constituency has gone back for all the bicycles he donated to delegates after an embarrassing defeat.

Eric Amankwa Blay had shared 250 bicycles to delegates prior to the election to each of the polling stations in the constituency.

Although he campaigned vigorously across the length and breadth of the constituency, his performance was abysmal when the final results were announced on Saturday.

He secured 44 votes as against the incumbent MP Abena Duruwa Mensah who polled 389 votes.

Obviously disappointed, the results made Mr Blay and his supporters stormed into various houses of delegates across the constituency to retrieve the bicycles shared among party members to cast the ballots in his favour.

The defeated aspirant who spoke to Adom News’ Alfred Amoh said the motive behind the distribution of the bicycles was for campaign purposes.

He said for that matter, failure to endorse his candidature means you don’t like the bicycle. 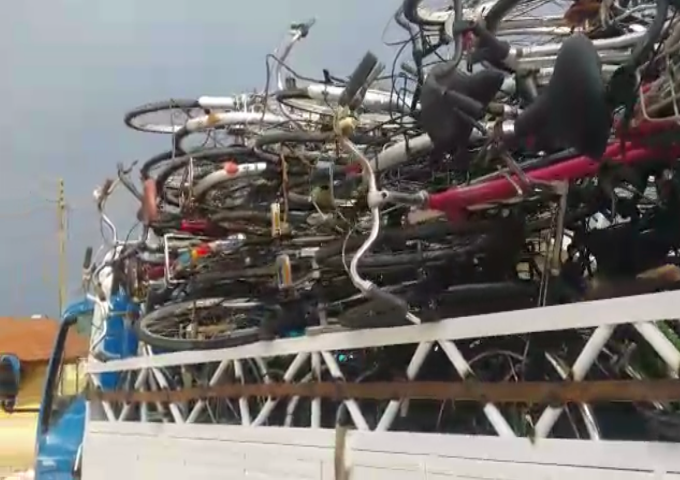 According to him, the unit cost of the bicycle is ¢300. Apart from the bicycles, Mr Blay claims to have shared ¢200 and ¢500 to each delegate and constituency executives to endorse his candidature but failed to do so.

“I’m not taking back the money but as for the bicycles, I need them back,” he said.

Some party delegates and polling station executives who have their bicycles taken back said they were very disappointed.

WATCH VIDEO: Man dies in car crash after his Ex whipped him with belt, recorded and shared online