Members of Parliament (MPs) belonging to the National Democratic Congress (NDC) on Monday [December 14, 2020] stormed the house in black and red attire as they reconvened from recess.

The move according to them is to protest the ‘flawed’ parliamentary and presidential election results declared by the Electoral Commission (EC) last week.

The House went on recess in November ahead of the December 7 polls.

Parliamentary results from the Electoral Commission showed that the governing New Patriotic Party (NPP) has one extra parliamentary seat which makes them a majority side although the results of one constituency in the Bono East region is yet to be declared.

The NDC has questioned the credibility of the electoral results and has strongly expressed its unwillingness to accept the outcome of the election following what it describes as ‘irregularities’. 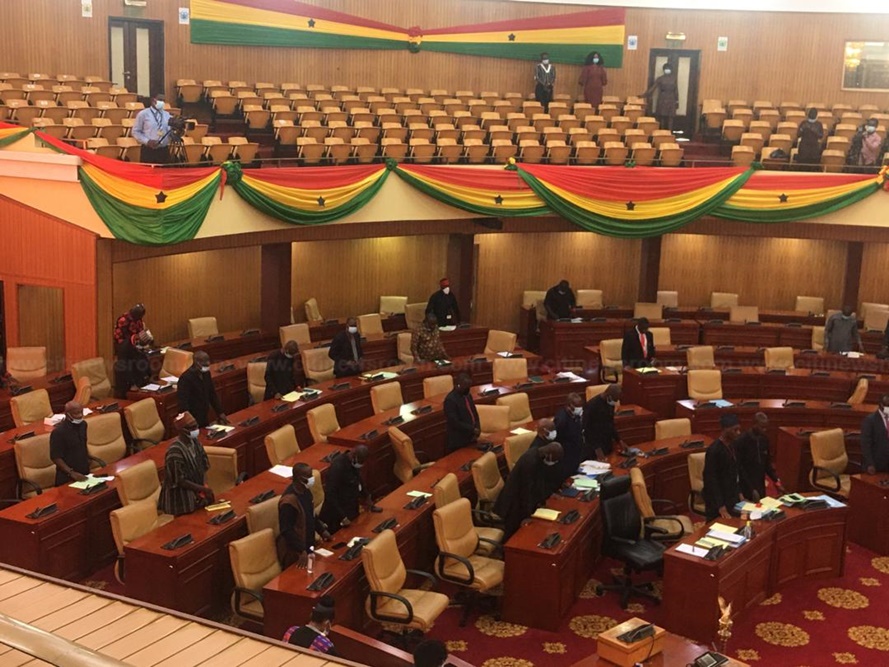 The MP for North Tongu, Samuel Okudzeto Ablakwa who spoke to Citi News on the choice of attire for today’s sitting explained that the action is to “mourn the demise of the country’s democracy”.

“We are mourning the state of our democracy. There are dark clouds that have covered the integrity and discredited 2020 general elections. We have an EC which keeps changing the figures. As we speak, we don’t know which figure she is working with to be gazetted and recognized by us as a house. We are also gravely upset at the militarization of our election. The use of brute force to overturn the results of constituencies that we won. We insist that we have formed the majority of the eighth parliament and we will not accept anything short of the majority of the NDC side. We believe that we won Techiman South. It belongs to us and it has been wrongly given to the NPP by the EC”, he lamented. 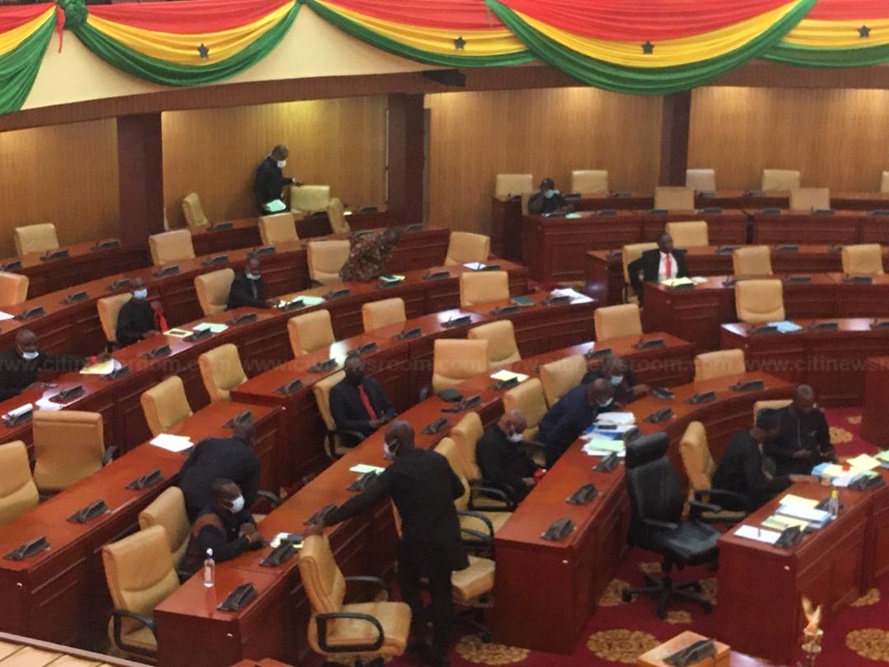 Already, the flagbearer of the NDC in the 2020 polls, John Mahama has vowed that the party will do all it can to ensure that it secures majority of the country’s parliamentary seats.

He said the party has currently identified five constituencies that he says are under siege by the New Patriotic Party (NPP) who are seeking to overturn the NDC’s victories there.

Announcing his decision not to accept the Electoral Commission’s declared results of the 2020 polls Mr. Mahama said the party is deploying a team of lawyers and party officials from Accra to support and build the capacities of the said constituencies to ensure that the party’s parliamentary victories are secured.

“We are beefing up capacities in the constituencies where the ruling NPP is seeking to overturn the parliamentary victory already chalked. We are also deploying an additional crack team of lawyers and senior party officials to supports these constituencies that are under siege,” he said. 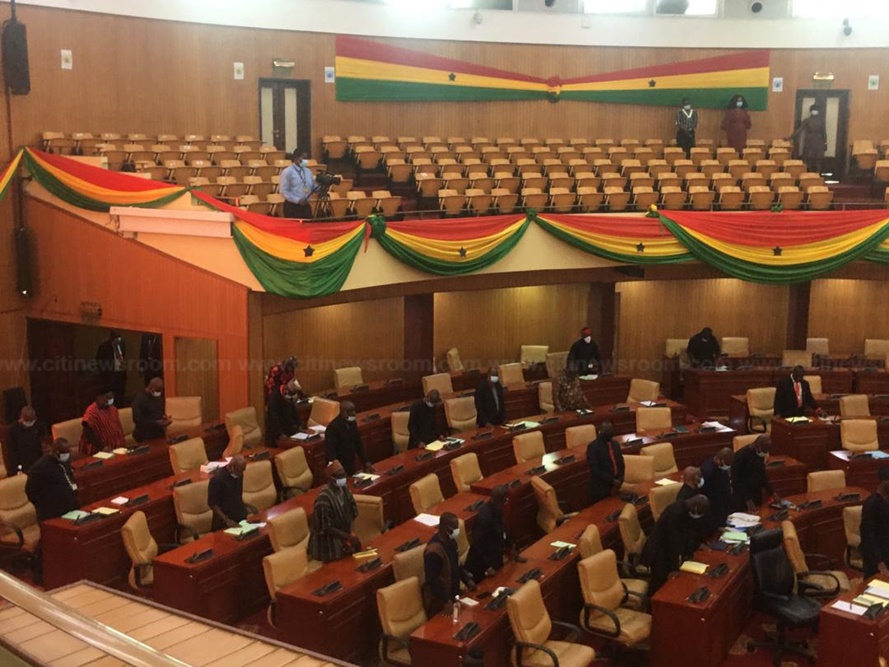 Meanwhile, some stalwarts such as Prof. Gyan Baffour, Matthew Nyindam, Adam Mutawakilu and Titus Glover who lost their seats were however spotted in the house despite their loss. 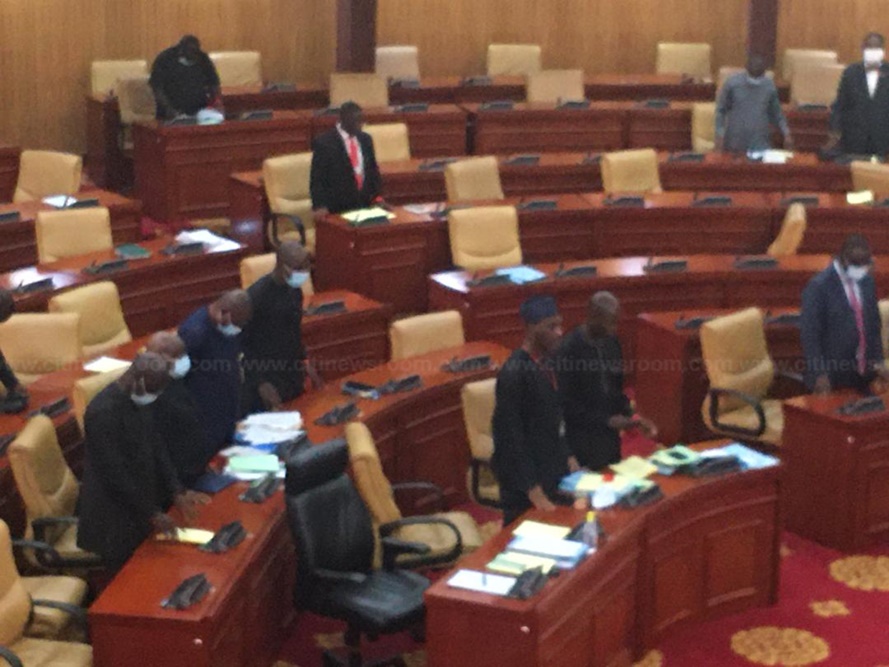 A Deputy Minister of Information, Pius Enam Hadzide, believes the National Democratic Congress’ (NDC) rejection of the outcome of the just-ended polls is a gimmick to appease supporters.

“This is clearly a normal trick in the book; that when political parties lose elections, the leadership in an attempt to manage the feelings and expectations of members and supporters engage in some of these gimmicks. So if you are not careful you might fall for them,” he said on The Big Issue.