The Bono Regional Youth Organiser of the opposition National Democratic Congress (NDC), Efo Worlanyo Tsekpo, is hot for gambling with his ‘balls’.

The young politician, who was opposed to the compilation of a new biometric voters’ register for the December general election, said he should be castrated if the Electoral Commission (EC) is able to carry out the exercise. 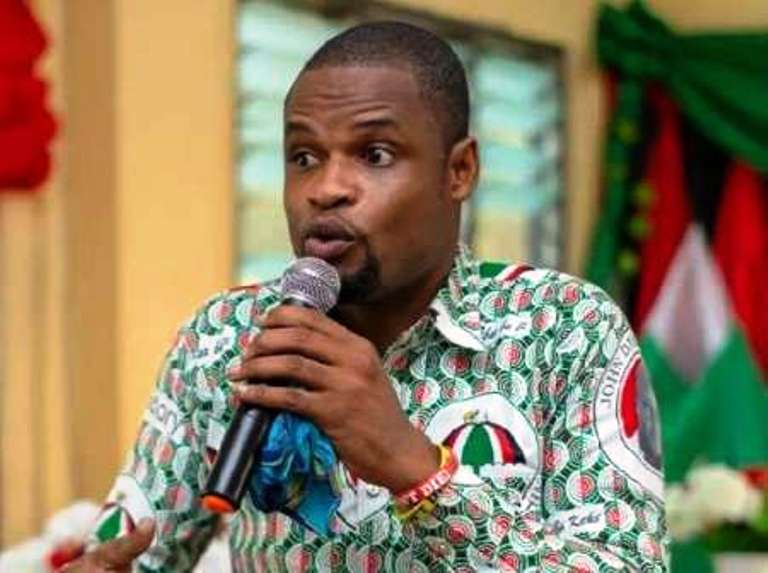 Mr. Tsekpo was convinced, given the massive opposition mounted by his political party, the Jean Mensah-led EC will not be able to compile a new register.

But his wish never came to pass since the exercise went on successfully and he was even captured at a polling station registering for the new card.

Mr. Tsekpo was subjected to public ridicule on social media for his bravado but no one bothered to ensure the castration was carried out.

However, two female Members of Parliament (MPs) of the ruling New Patriotic Party are on a hunt for the NDC Youth Organiser to castrate him.

Catherine Ablema Afeku, MP for Evalue Gwira Constituency in the Western Region and Freda Prempeh, MP for Tano North, also Deputy Minister for Gender and Social Protection has launched what they call ‘Operation Castration’ to remove the testicles of the NDC man.

They explained that their motive is to use Mr. Tsekpo as a scapegoat to serve as a deterrent to ‘political loose talkers’ in the country.

How A Robbery Attack Forced Man To Jump Over Dzorwulu Overhead

LISTEN: Kantanka to ‘adopt’ JHS graduate who built his own car

E/R NPP In Trouble As Philip Addison And Four Others Go Independent.

WATCH VIDEO: Kennedy Agyapong played a role in Sylvester Ofori’s operations; He even helped the ‘wicked’ pastor to enter there the US-Baby mama drops allegations