Three police officers have been attacked by some residents in Kpawumu-Fuo of the Northern Region.

According to reports, Atsu Adanu, 35; Lance Corporal Mordzi Samuel, 34, and Constable Baba Iddirisu were being accompanied by a complainant only known as Rasheed to arrest a suspect in the small community when they were attacked.

The suspect, Abdul Rahman, was wanted for stealing after the complaint reported him to the Tamale police.

Narrating the incident, the Police said, the officers had arrested the suspect and were heading back to the station when the attackers charged on them with sticks and cutlass. 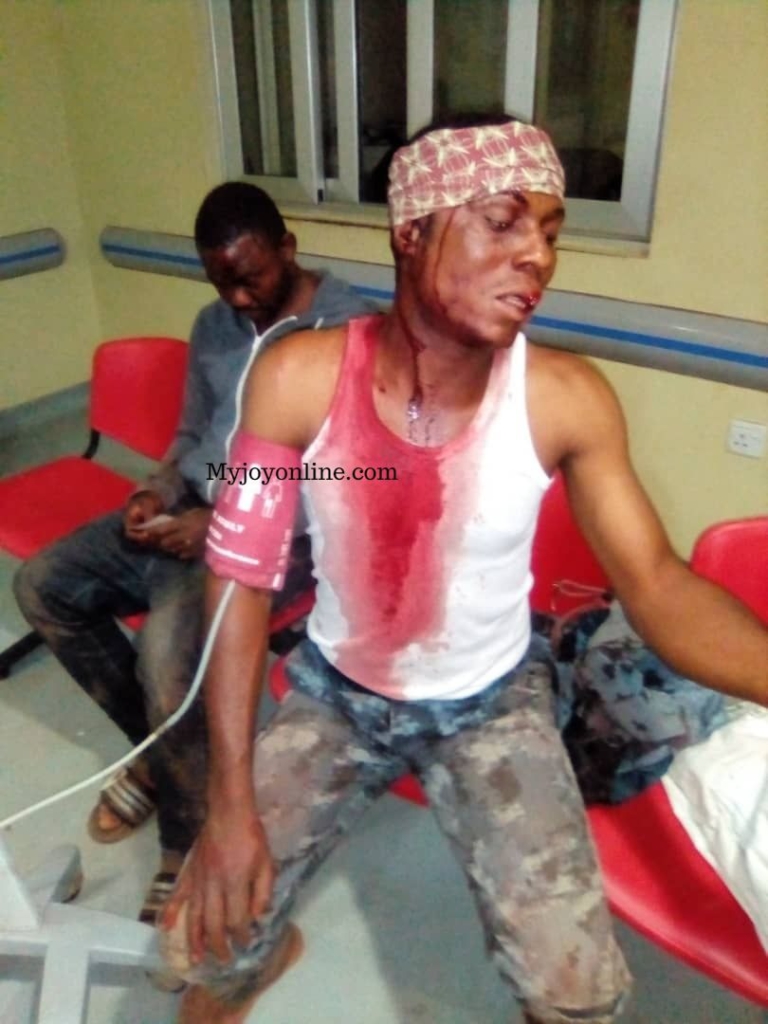 According to the police, the three officers who were armed with one AK 47 rifle arrested the suspect but were attacked with sticks and cutlass when leaving the community.

The officers, who were armed with only one AK 47 rifle became defenseless when their attackers disarmed them, assualted them and fled with the suspect they had come to arrest.

The complainant who managed to flee the scene called the police.

However, upon reaching the scene the attackers had fled leaving the officers in critical conditions.

One of the officers, Atsu Adanu had a deep cut on his forehead whilst Samuel Mordzi also received a deep cut at the back of his head and forehead. Constable Baba Iddirisu managed to run away unhurt.

Meanwhile, the police have arrested 25 persons in connection to the attack and have successfully retrieved the rifle without ammunition.

These arrested persons have been detained at the Regional Headquarters for interrogation.