Former Ghanaian Blackstar midfielder Michael Essien has experienced the most shocking moment after losing 500,000 followers in less than 24 hours.

In a recall, the midfielder declared his support to the LGBT community in Ghana as its currently a controversial issue in the country.

The President, Nana Addo has clearly stated his position of not legalizing LGBT in the country during his administration. 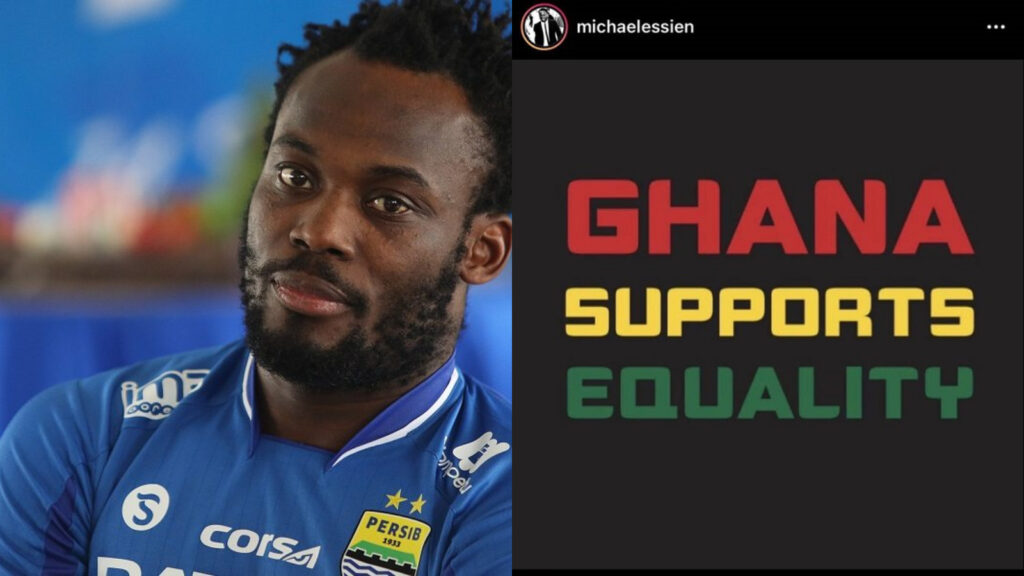 However, Michael Essien’s support to the community has raised a lot of hatred for him as over 500,000 fans and followers unfollowed him after his post