The idea of humanoid robots taking jobs previously done by humans may feel dystopian, but in the midst of the global COVID-19 pandemic, robots can free up human hospital medical staff and limit the possibility virus spread.

The robots, some of which are more humanoid than others, can clean and disinfect, deliver medicine to patients and measure patients’ temperature. CloudMinds donated robots to several medical facilities in China, including the Wuhan Wuchang Smart Field Hospital, which was converted from the Hong Shan Sports Center.

For a time in March, “a previously human-run field hospital located inside Hong Shan Sports Center located in Wuhan was converted … into a robot-led field hospital staffed entirely by robots and other smart [Internet of Things] devices,” CloudMinds CEO and founder Bill Huang tells CNBC Make It, in a statement.

All video and photos courtesy of CloudMinds

CloudMinds’ humanoid service robot, Ginger, helped with hospital admissions, education services and, as can be seen in the video below, in providing a bit of levity. In addition to its administrative responsibilities, Ginger, “helped lift the spirits of bored quarantine patients by entertaining them with dancing,” Bill Huang said.

The delivery robot below has an autonomous navigation and obstacle avoidance system. It can be used to deliver food, drinks and medicine to patients without direct person-to-person contact. 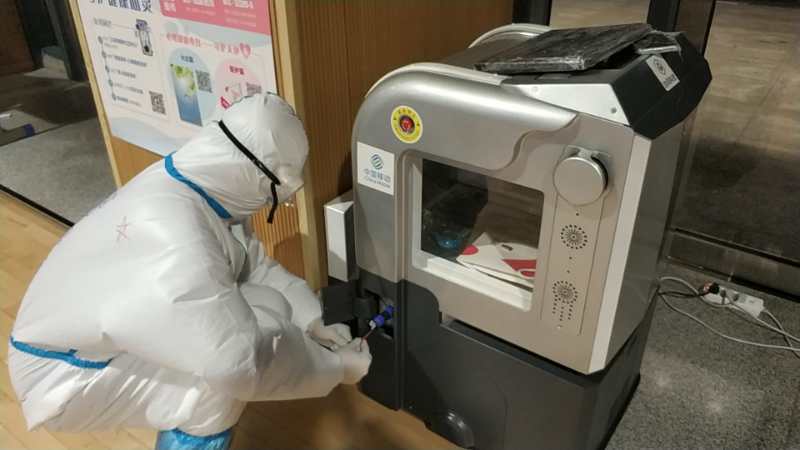 The robots worked with an artificial intelligence information management platform.

“Doctors and nurses were also equipped with these smart devices to monitor their own vitals to catch any potential early symptoms of infection,” he says. 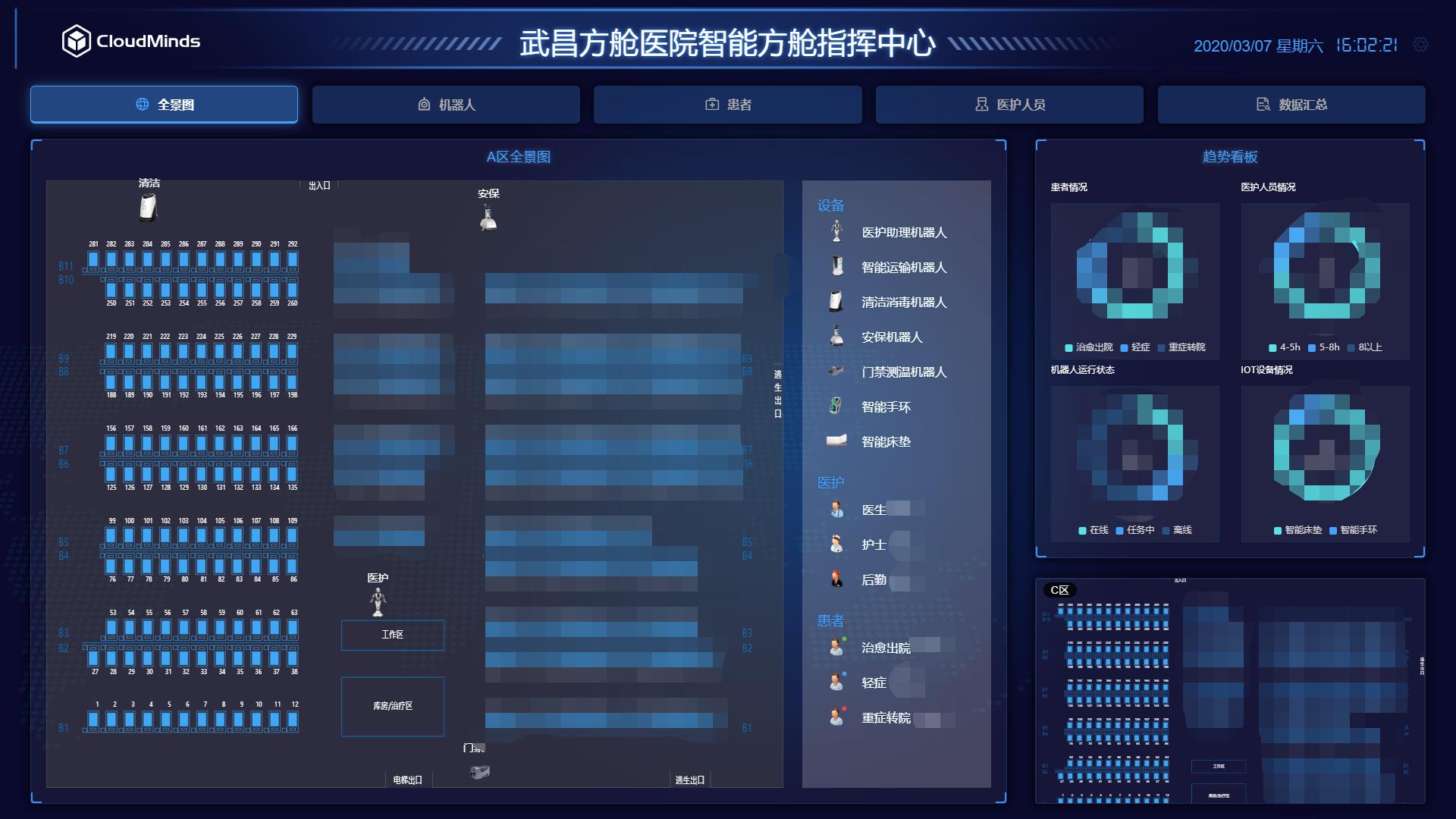 Operations in field hospitals like Wuhan Wuchang Smart Field Hospital have now been put on hold.

“These temporary field hospitals were used primarily to treat new incoming cases with light symptoms, with severe cases being transferred to hospitals,” a CloudMinds spokesperson tells CNBC Make It. “As the containment efforts have improved, and the number of new cases has decreased, hospitals are now able to accommodate all new incoming cases.” 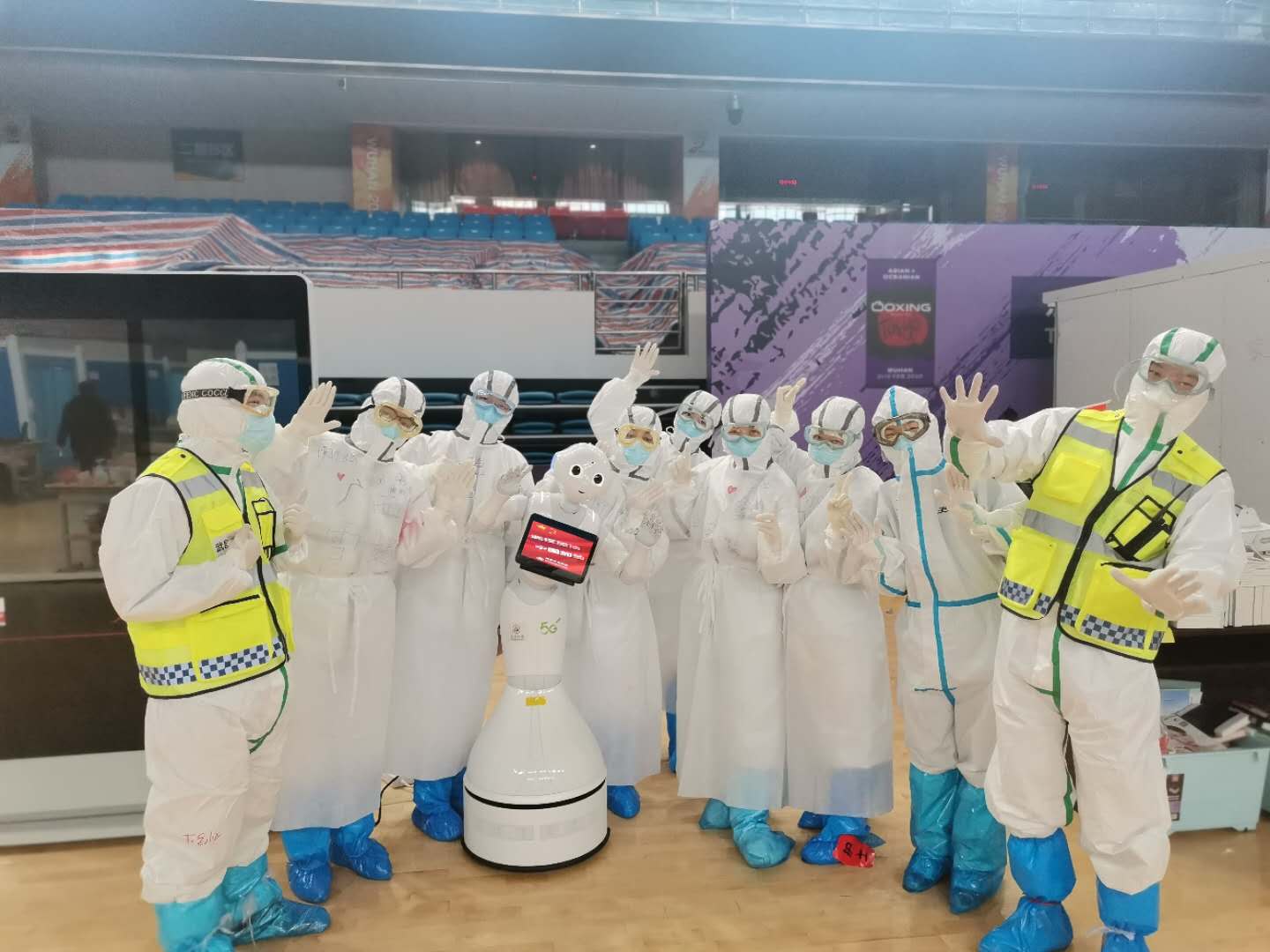 Organised Labour/GBC Virtual May Day Celebration: President Akufo-Addo to speak on impact of COVID-19 on employment