The Mr Kankam’s action is in connection with the tenant’s refusal to move out of a two bedroom apartment following the expiration of his rent.

The landlord is said to have written to the tenant, demanding that he moves out on Monday May 24, 2020, just a day before the shooting, but the tenant refused, leading to the incident. 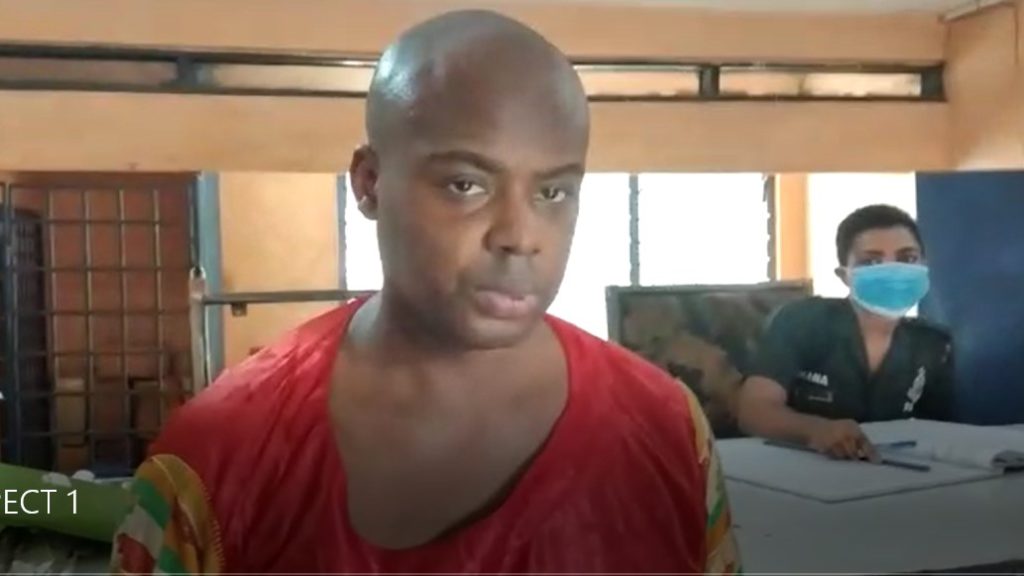 According to eyewitnesses, the landlord stormed the house yesterday afternoon, wearing a bullet proof with two weapons.

“We heard four gunshots so we came running to the scene only to see the tenant lying in a pool of blood,” an eyewitness to the alleged murder narrated.

“Initially, we thought the sound was ‘banja’, only for us to see the gun-wielding landlord running away. When we got closer to the scene, the tenant had been shot in the chest, leg and shoulder,” another eyewitness explained.

The suspect has since been arrested but has refused to give details of why he took the deadly action even though he has not denied killing his tenant.

All he told Adom News’ Gifty Duho Mensah who is following the story was that he took the action out of self-defence.

angry youth in the area.

Meanwhile, Family of the victim says they want justice to prevail in the issue.

“Our brother told us that he had a dream about the incident hence his resolve not to renew the advance only for him to be killed on the very day he was moving out. We want justice to prevail in this matter.” Sister of the deceased lamented.

The suspect is currently in the custody of the Achimota-Mile 7 District Police station.

[WATCH VIDEO] Rev. Obofour hands Hon. Kennedy Agyapong a major blow by allegedly reporting one of his boys to the Police Headquarters

Akufo-Addo Has A Gay Hiding in His Government, We’ll Expose Him Soon – Moses Foh-Amoaning