Looks like Kanye West is set to release his ninth studio album.

His wife, Kim Kardashian took to Instagram on Thursday night (August 29) to share a photo of a notebook which appeared to contain the 42-year-old rapper’s new album title with a tracklist. 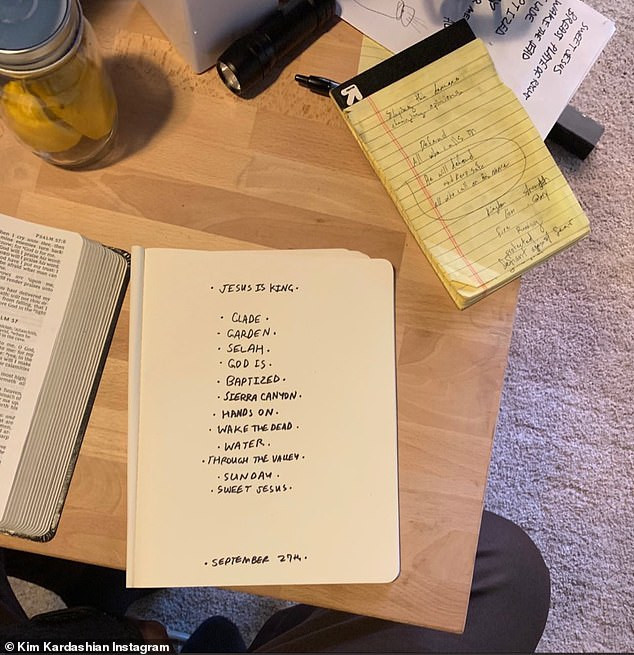 The album called ‘Jesus Is King’ was originally supposed to be called ‘Yandhi‘ and released in October of last year, but was pushed back to the end of November.

The 38-year-old reality star and mother of four also announced that the release date of the album with 12 tracks will be September 27.