The self-acclaimed pastor who threatened to kill the Chairperson of the Electoral Commission, Jean Mensa has been remanded by an Accra Circuit court.

Apostle Kwabena Owusu Adjei was charged with ‘threat of death’, ‘offensive conduct conducive to the breach of the peace’ and ‘possession of narcotics’.

The court presided over by Judge Emmanuel Essandoh, remanded him into police custody after he pleaded not guilty to the charges. 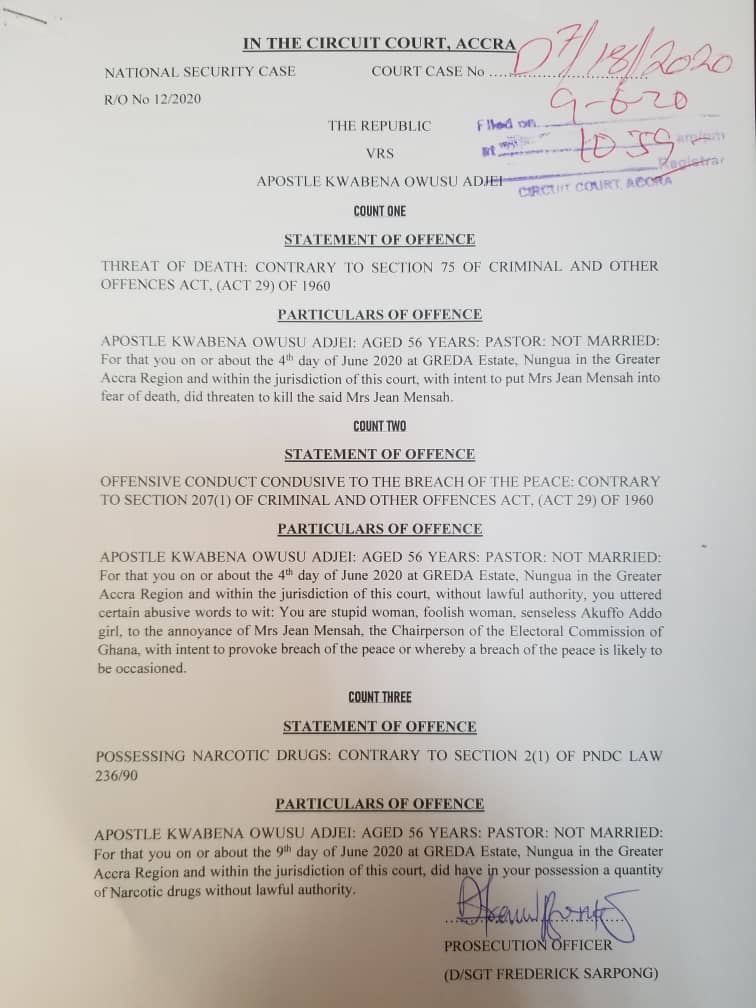 The pastor at a Church Service on Facebook live on Sunday served a strong warning to Jean Mensa to stop the compilation of the new voters’ register.

In a video sighted by myjoyonline.com, some men who claimed to be from National Security were seen moving into the house of the pastor and arresting him.

The pastor has been issuing warnings and threatening statements to supporters of the compilation of the new voters’ register to be used for the upcoming general elections this year.

In a viral video Tuesday, the self- acclaimed pastor was picked up from his residence by personnel from National Security while granting a live interview to Accra based Hot FM.

A search conducted on him by police personnel later revealed a huge quantity of some substance suspected to be ‘weed.’

He was taken to the circuit court where he was remanded and the case adjourned to June 23.