Former President, John Dramani Mahama has filed a complaint to the Criminal Investigation Department (CID) of the Ghana Police Service urging them to investigate allegations by the Bono Regional Chairman of the New Patriotic Party (NPP), Kwame Baffour that he Mr Mahama had planned to cause the assassination of some NPP members.

In a letter sighted by Kasapafmonline.com, the lawyers for the former President is urging the CID to act immediately as the false allegations by Abronye DC have the potential of disturbing the public peace.

“My instructions are that in a recording on a TV programme on Net 2 TV, Madina, Accra which has been circulating on various social media platforms including Facebook and Whatsapp platforms, Abronye made certain false claims alleging a plot masterminded by His Excellency John Dramani Mahama to assassinate some NPP personalities including he, Abronye DC, himself…,” part of letter read. 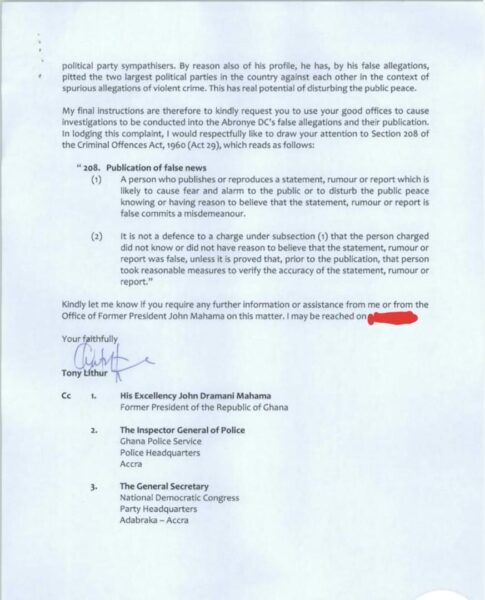 5 Facts About Bishop Bernard Nyarko You Need To Know