The state of Ghana has filed a suit against Minority leader Haruna Iddrisu and 10 other lawmakers over the Minority’s protest march to the headquarters of the Electoral Commission on Tuesday. 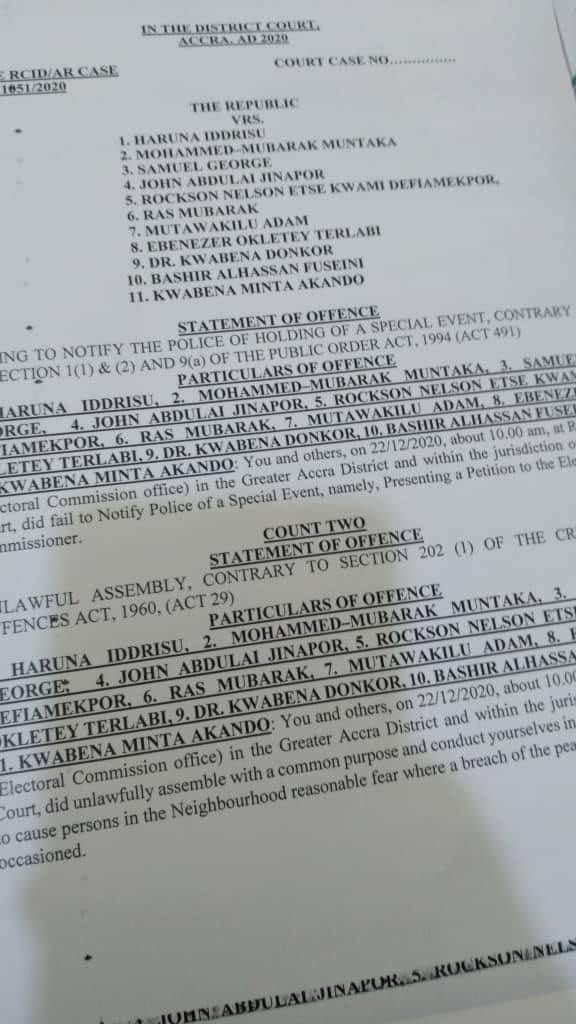 The Minority caucus embarked on the march to protest results of the Presidential and Parliamentary polls announced by the Electoral Commission chairperson Jean Mensa.

The MP also made specific reference to Techiman South parliamentary polls where they claim the NDC is being robbed of victory despite evidence on the pink sheet.

The lawmakers were denied access to the EC premises by the Police who said they did not secure permit for the march.

We erred in your sack – NPP begs Fomena MP