A Hyundai Santa Fe with registration number GW 6363-16 has caught fire on the Achimota Mile 7 road, a few metres from the Achimota Mall.

A Joy News reporter, Piesie Nana Yaw Safo, who was at the scene of the incidence has reported that the driver of the vehicle has escaped unhurt with people in the vicinity making frantic efforts to help put out the fire.

Inspector Samuel Ninson, a Jubilee House Security official who was the first person to arrive at the scene said the fire might have been caused by faulty electrical wiring in the vehicle.

The driver, a middle-aged woman who is yet to be identified, had to park suddenly when she realised that there was smoke emanating from her bonnet.

Out of panic, eyewitnesses said, she crashed the burning car into the sidewalk.

The fire was successfully quenched after residents rushed to the rescue of the driver with buckets of water from nearby houses.

The quick response prevented an explosion with no casualties recorded.

Below are photos from the scene: 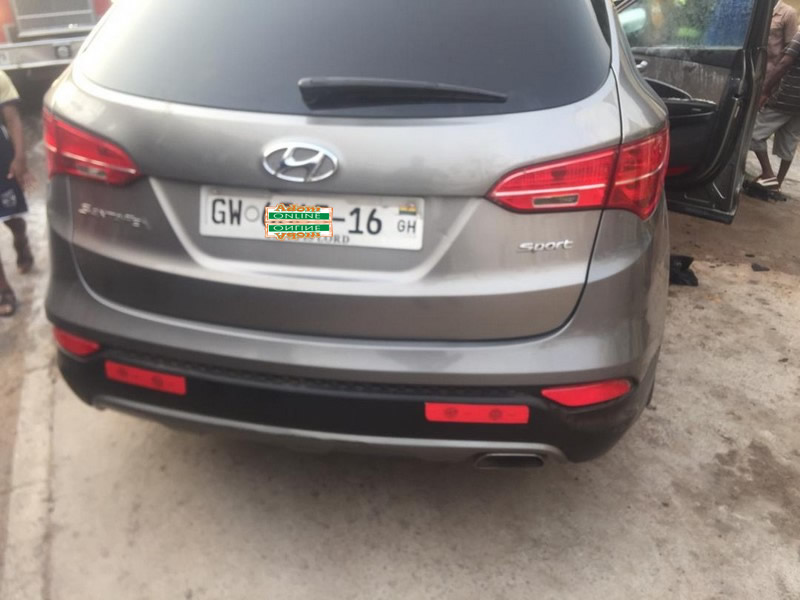 How to Apply for Ghana Card online for Free