Chief Justice Kwasi Anin Yeboah on Tuesday, June 30 led leaders of the legal fraternity in a short wreath-laying ceremony to mark 38 years since the gruesome murder of three judges. 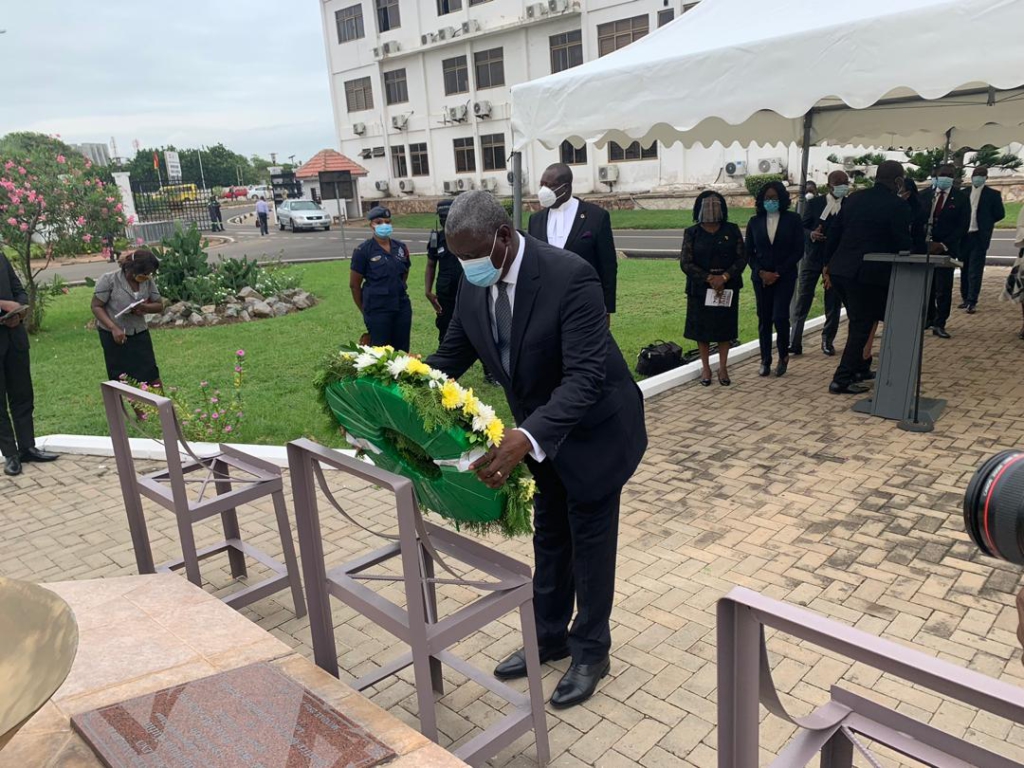 The other members of the Tribunal were Madam Comfort Doe; S/Sgt. Mumuni Seidu; Mr. Jenkins Kofie and L/Cpl Moses Tonka. 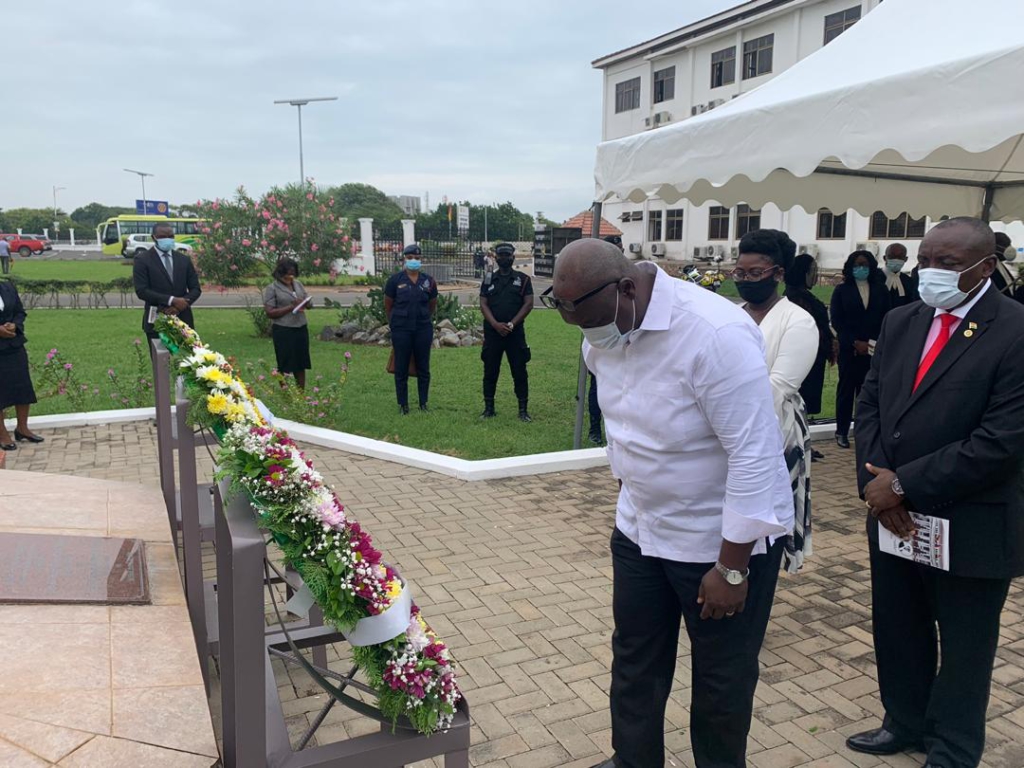 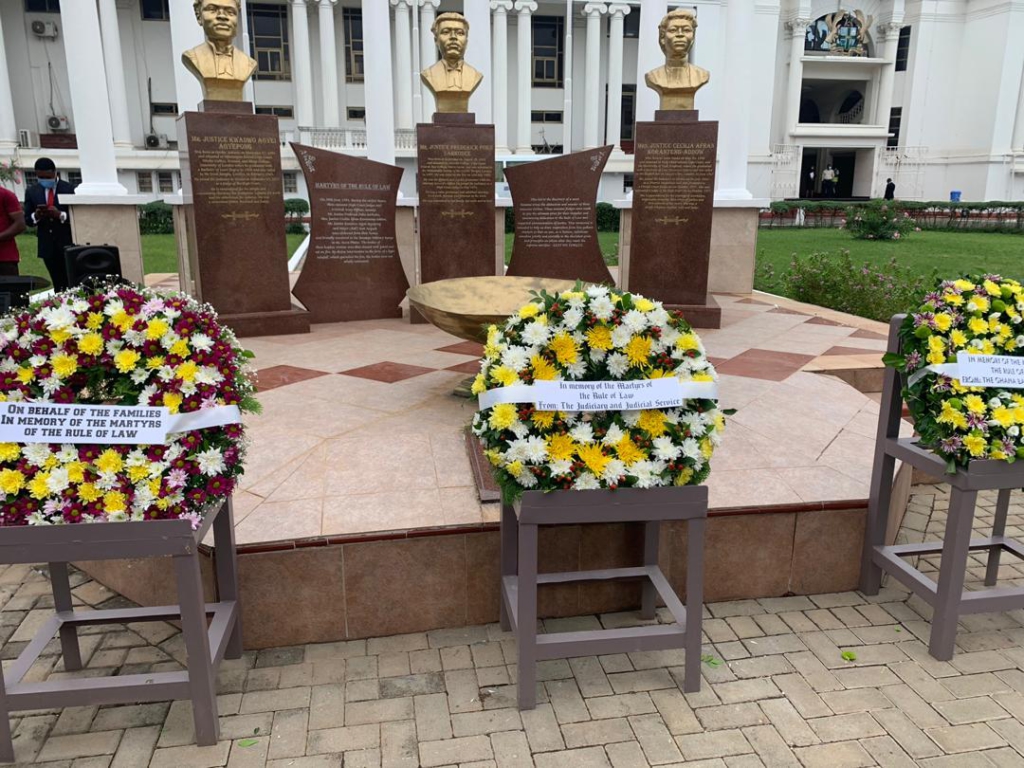 All the five, except L/Cpl Amedeka, who was tried in absentia, were sentenced to death by firing squad.

The Judiciary has since marked the event with a wreath-laying ceremony and a church service.

The Chief Justice joined by Attorney General Gloria Akuffo, President of the Ghana Bar Association Anthony Forson Jnr and families of the deceased judges laid wreaths at the forecourt of the Supreme Court.

The team will then move to the Ridge Church for the second part of the commemoration event.