Popular fetish priest, Kwaku Bonsam, has touted his desire to change the political narrative as the major reason he is venturing into politics. 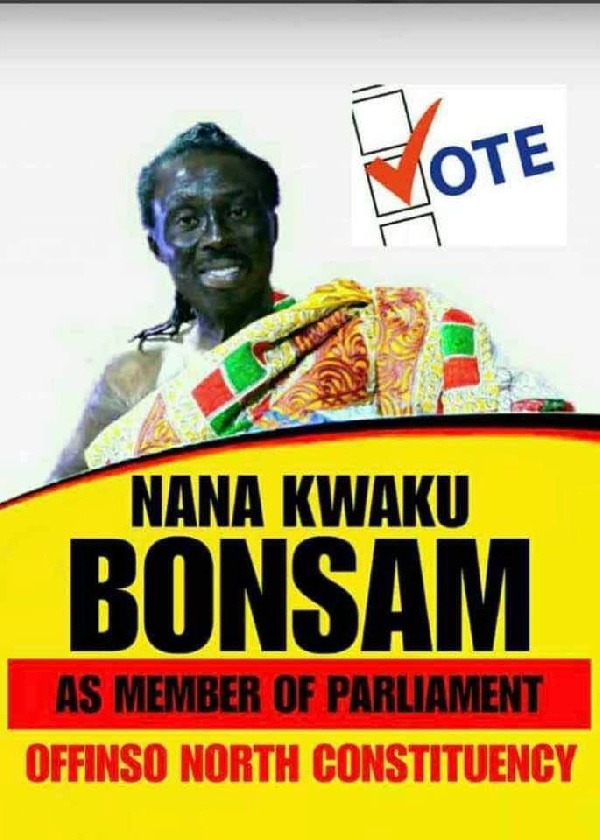 The idea, he said, occurred to him when en-route a funeral he saw some women happily waving cedi notes they claim was distributed by a Member of Parliament.

In a bid to clear corrupt politicians and bring dignity to the game of politics, he believes he has to join the house of legislators, for which he has successfully filed his nomination.

He said with the help of his gods, he will be the first rastaman in parliament, having kicked incumbent Augustine Collins Ntim off the seat.

When the question of if the constituents have faith in him was posed in an interview with Accra-based Okay FM, he said his good works will speak on his behalf.

The fetish priest said he has already built four markets in and around his constituency, and will, within two weeks, finish off the ‘shoddy’ works left behind.

What started as a social media joke escalated when posters of him, declaring his intention to contest for the Offinso North parliamentary seat as an independent candidate filled the streets.

Man quits NDC because he wants to go to Heaven