In post shared on his Facebook wall, he asked the opposition and Ghanaians to be very vigilant during this elections.

Aside asking Ghanaians and the opposition party to be vigilant, Prophet Nigel Gaisie said that some people are going temper with the ballot boxes that were used during special voting exercise.

He said that he saw plastic ballot boxes have cut opened and sealed after the swap of votes without the seal being touched.

According to him, whoever watches the watchman should on red alert so that the result of the election does not go in favour of someone else.

Special voting election has ended today and all the ballot boxes have gone for sake keeping at various police stations. I see a dangerous movement of ballot boxes stuffing. Ballot boxes that are in safe keeping being cut open from beneath the boxes and ballots changed in favour of someone else. The plastic ballot boxes have been open and sealed after the swap of votes without touching the seals. Whoever watches the watchman must be on Red Alert that the ballot boxes are not tempered with. 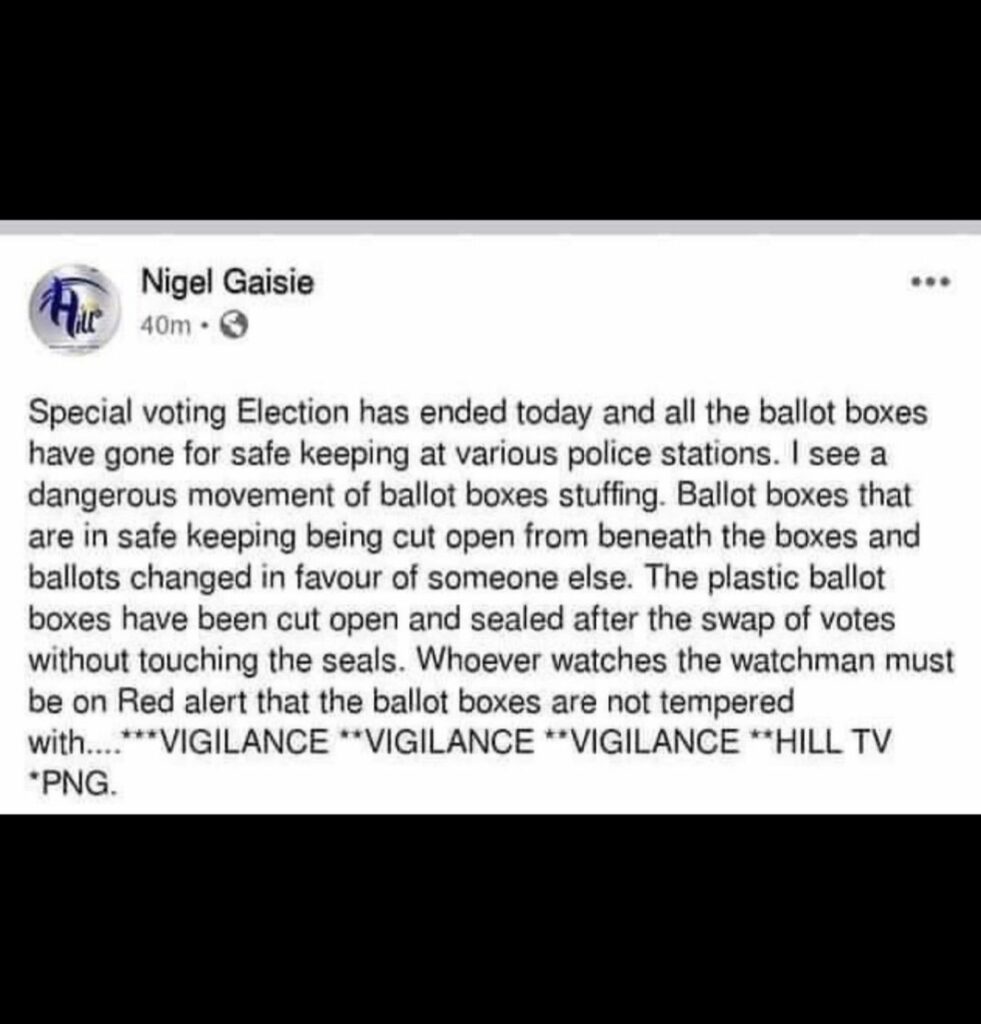