Police have been deployed to keep the peace at the Cape Coast Metro electoral office in the Central region after an NPP executive challenged the right of the NDC parliamentary candidate for Cape Coast North to register.

According to the executive, the EC reopened registration on October 1 for a group of individuals – those who just turned 18 – and the candidate, Dr Kwamena Mintah Nyarku, does not fall in that category.

Speaking to JoyNews’ Richard Kwadwo Nyarko, NDC constituency vice-chairman, Dr. Shaibu Akansiseh said the challenge made no sense since the EC was compelled by a court order to register the candidate. 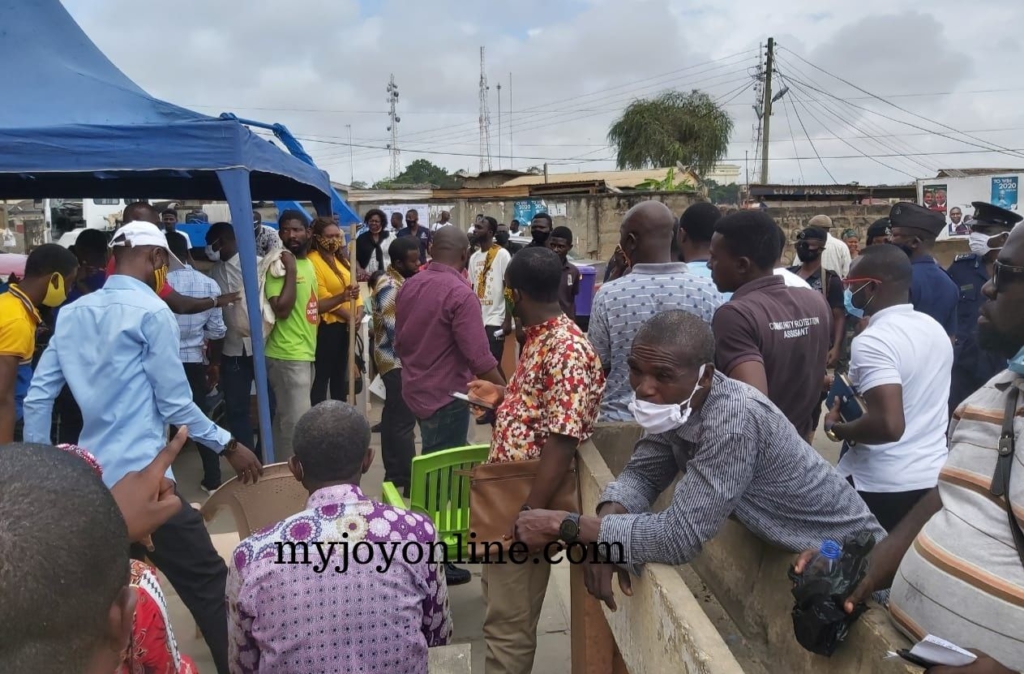 “He was asked to come with the ruling to register. He did but EC regional boss asked us to wait till today, October 1 to register,” he said.

Dr Akansiseh stated that, he did not expect the district EC boss to allow the challenge to be filed, since they had already brought the ruling.

This follows an application of mandamus filed at the High Court to compel the EC to register him after a Cape Coast High Court, he appealed to said his constitutional right to register has not been destroyed.

On July 16, 2020, during the EC’s voters’ registration exercise, Dr Mintah Nyarku went to register at the Nkanfoa polling station but he was challenged on grounds that the house number he produced did not belong to him.

The EC subsequently withdrew his card. The District Registration Review committee ordered the Commission to continue keeping the card of the candidate.

Following that, the candidate exercised his right to appeal with the Chief Registration Review Officer at the Cape Coast High Court.

The High Court issued a write of mandamus compelling the EC to register him since no court of competent jurisdiction has barred the candidate from registering.

“They said that we should wait, the PRRC will be meeting on the case. Why should we be doing this to ourselves?”

He stated that although there was commotion caused by the challenge from both teams the police did well to maintain order.

“I tip my hats off to them. They did well they controlled they made sure that the whole thing did not escalate the whole process.”

He stated that he and his people are not moving an inch from the EC office until Dr Nyarku’s card is handed over to them.

Akufo-Addo’s will send us back to HIPC – Mahama

I was paid ¢50 for my first role – Emelia Brobbey