A group of Ghanaian individuals is demanding some responses from the Chairperson of the Electoral Commission (EC) as they begin processes to petition the presidency to remove her from the top job.

In a five-page letter addressed to the EC boss, a lawyer for the yet-to-be-identified group said he cannot disclose their identities, at least for now, for security reasons.

“I have their instruction to request for an official response to some allegations publicly made against you as Chairperson of the Electoral Commission. This request is in accordance with the “Audi Alteram Partem” rule and most especially in consonance with the passage of the Right to Information Bill, failing which I will give effect to their instructions to proceed with a petition for your removal from office as the Chairperson of the Electoral Commission, which the petition shall be submitted without delay through the constitutionally established procedure to the President of the Republic of Ghana His Excellency Nana Addo Danquah Akufo Addo,” parts of the letter said.

“My clients intimated that they voted in the previous elections conducted by the Electoral Commission and now fear being disenfranchised if you are allowed to continue on with the plan to compile a new voters register. A plan which the National House of Chiefs, Clergy, Clerics, Civil Society Organizations, Federation of Labour, Political Parties and well-meaning Ghanaians cautioned you against”.

The EC has been faced with strong criticisms from various political parties and CSOs following a decision to compile a new register.

Early this year a group had also petitioned the presidency calling for the removal of one of its deputies, Dr. Bossman Asare.

Read the full copy of the letter below: 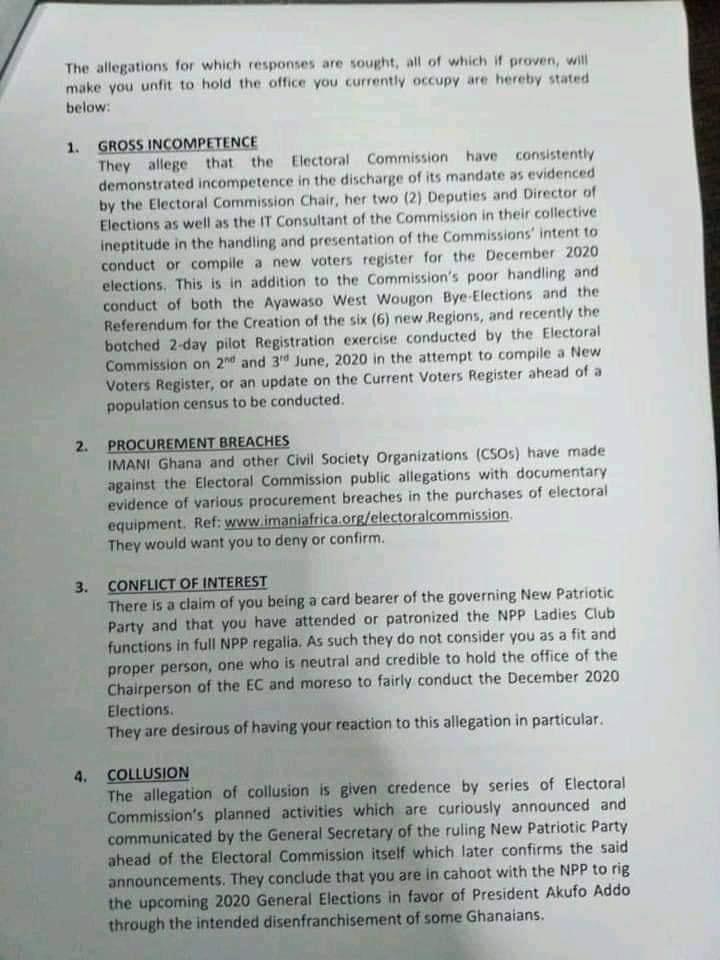 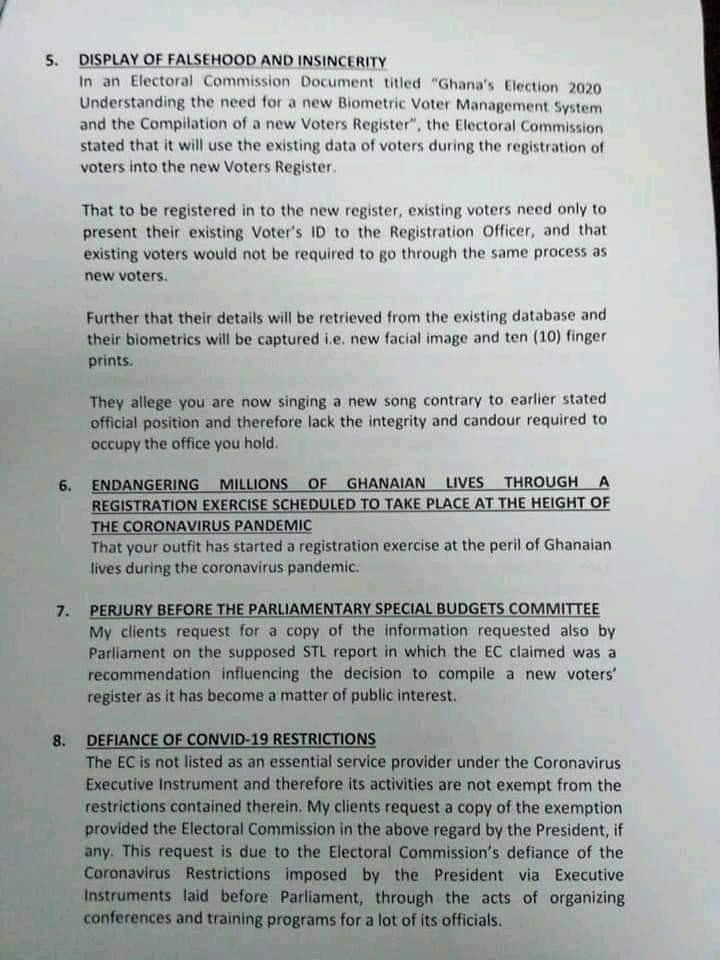 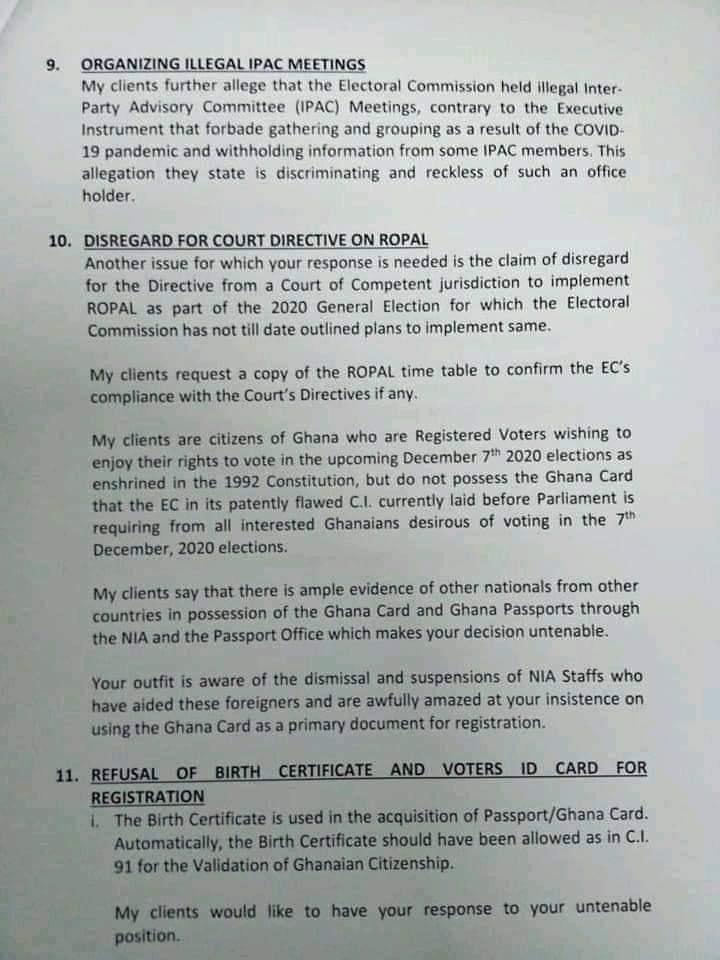 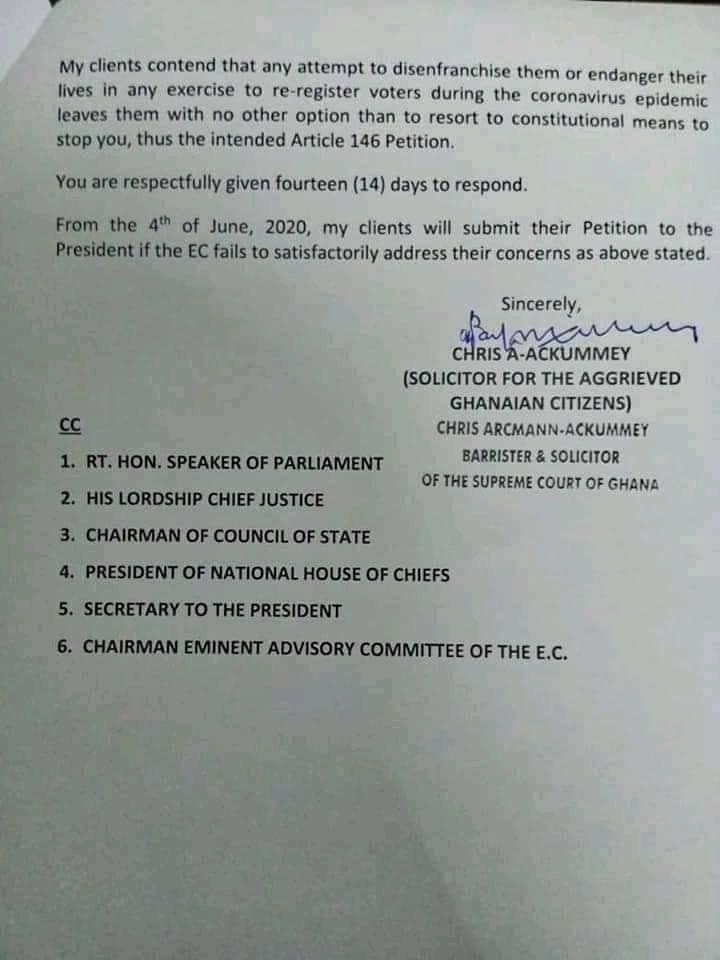