Kente is more than a clothing item. It is a visual representation of history, philosophy and ethics and the Americans were sure right using it to honour George Floyd.

Following the death of African-American, George Floyd, who was murdered by a white police officer, numerous entities across the world have held a ceremony to honour him.

Some members of the Diaspora Community of Ghana in partnership with the Tourism Ministry and Ghana Tourism Authority (GTA) recently joined the masses to organised a memorial for him.

The House and Senate Democrats in America has also held a ceremony to honour Goerge and this time culture is reigning.

As they kneel for 8 minutes and 46 second moment of silence for George Floyd, the democrats were seen with Kente wrapped on their neck showing exactly the background of the deceased.

Speaker of the United States House of Representatives, Nancy Pelosi said in her address:

“Last summer, a number of us went to Ghana to observe the 400 anniversary of the first slaves coming across the Atlantic.

That tragedy, that horror of history, a then slavery in our own country and all of the consequences at that.

We are here to observe that pain. We are here to respect the actions of the American people to speak out against that specifically manifested in police brutality.

We are here to honour George Floyd.”

Here are photos from the house while paying their respect to Goerge Floyd. 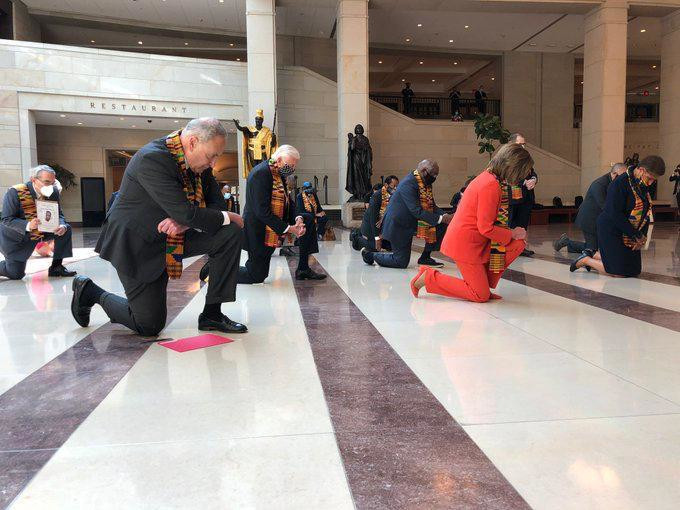 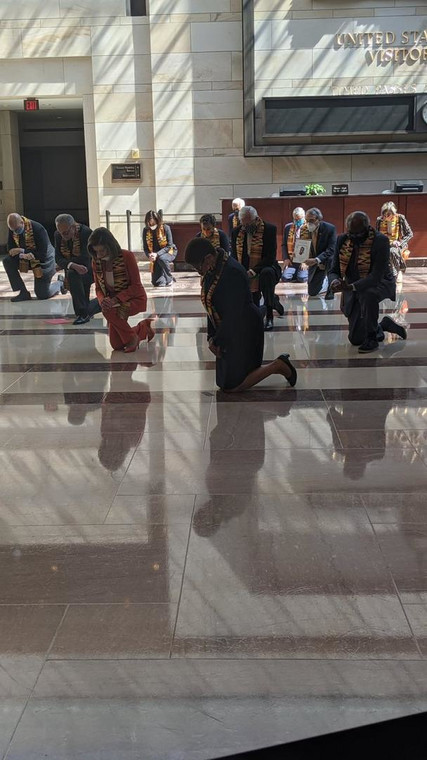 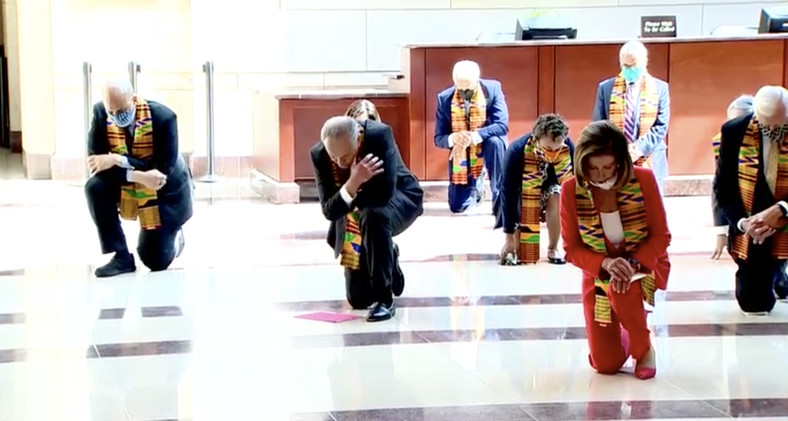 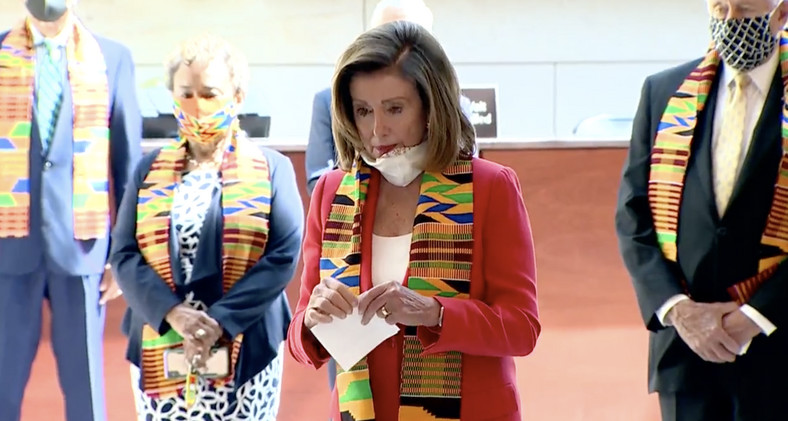 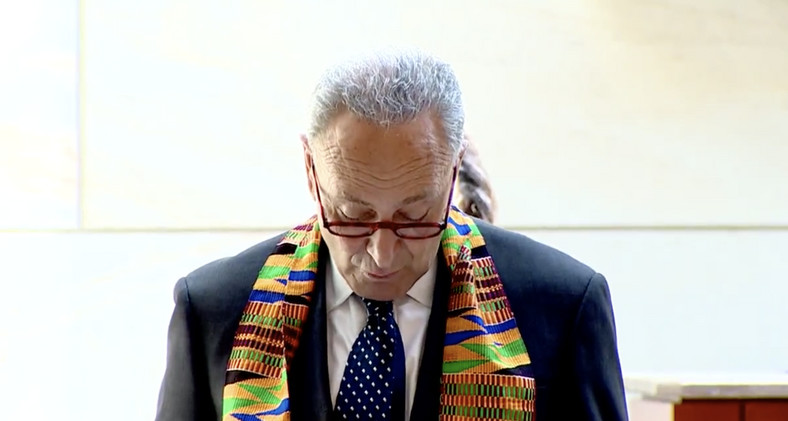 NPP supporters who invoked curses on executives in trouble! [Audio]