Some police personnel have stormed the LGBTQI+ office inside Ashongman in the Kwabenya District to shut down the office.

This comes after the Kwabenya Traditional Council of Ga East in the Greater-Accra Region had threatened to burn down a house allegedly used to host meetings of the LGBTQI+ group in the area.

Pictures of the police at the premises this morning have emerged on social media as the place was been shut down.

Meanwhile, the main office of the LGBTQI group in Tesano has been shut down following President Nana Addo Dankwa Akufo-Addo’s order.

This comes after a coalition made up of the Christian Council and the Catholic Bishops Conference, the Muslim community as well as the traditional rulers, condemned the establishment of the office.

Adding that Ghana must rise and take a stand against the LGBTQ+ community. 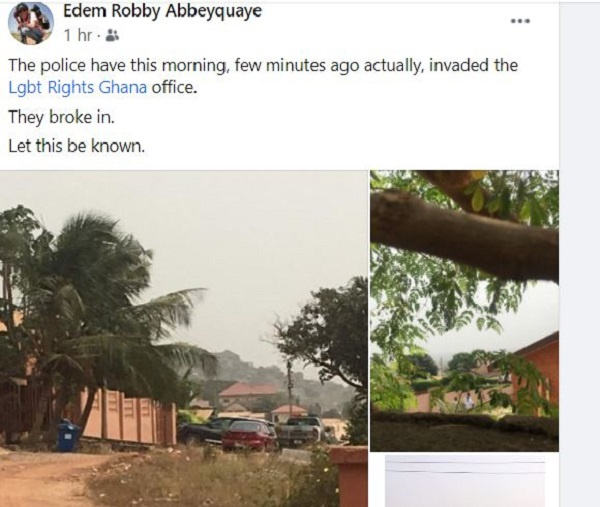