The President of the Republic, Nana Addo Dankwa Akufo-Addo, on Friday, June 5, 2020, at a brief ceremony in Tema, commissioned Phase One of the Tema Interchange Project.

Comprising a two-tier intersection, a tunnel in the East-West direction, four (4) kilometres of improved roads, four (4) pedestrian bridges, one at each approach to the intersection, and the presence of several drainage structures the project was financed by a grant secured from the Japanese government in March 2017 to the tune of ¥6 billion, or $56 million.

Indeed, the grant aid for implementation of Phase One of the project was negotiated and signed in March 2017, with construction commencing in February 2018 and work completed in June 2020. 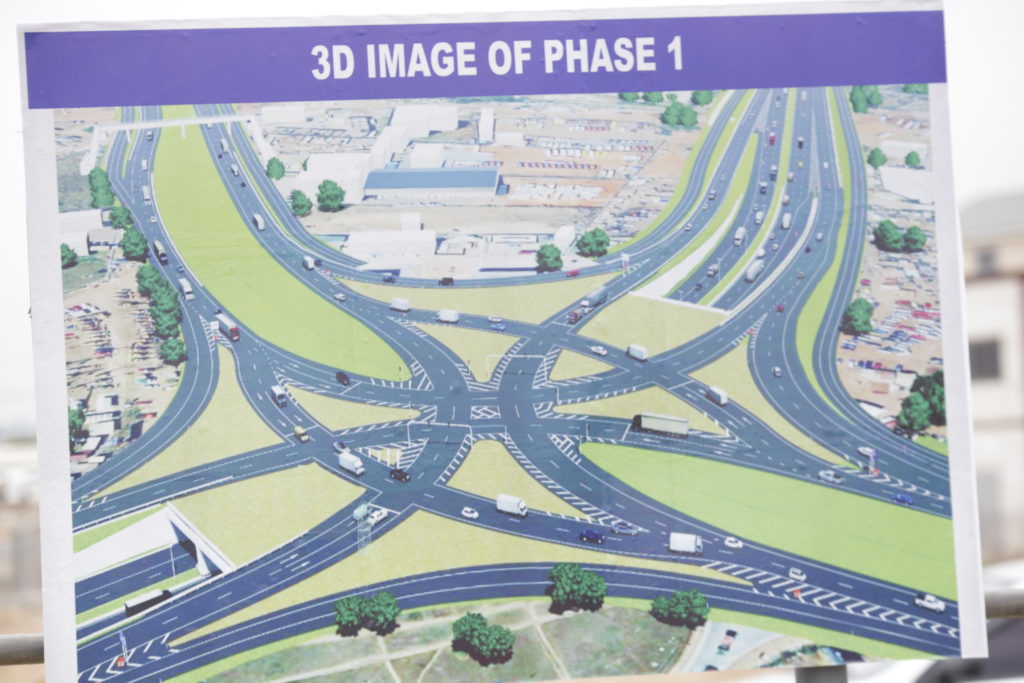 Describing the commissioning of the project as “an excellent day in the life of Tema”, the President noted that for many, many years, residents living in and around the Tema Metropolis, and motorists, have had to endure the inconvenience of unbearable traffic and a poor road network when traversing the then rotary intersection.

The completion of the project, according to President Akufo-Addo, is a welcome development, especially as the upsurge of vehicular traffic, coupled with rapidly increasing urban population, are putting a lot of pressure on facilities in the cities, especially on road infrastructure, and sapping productivity. 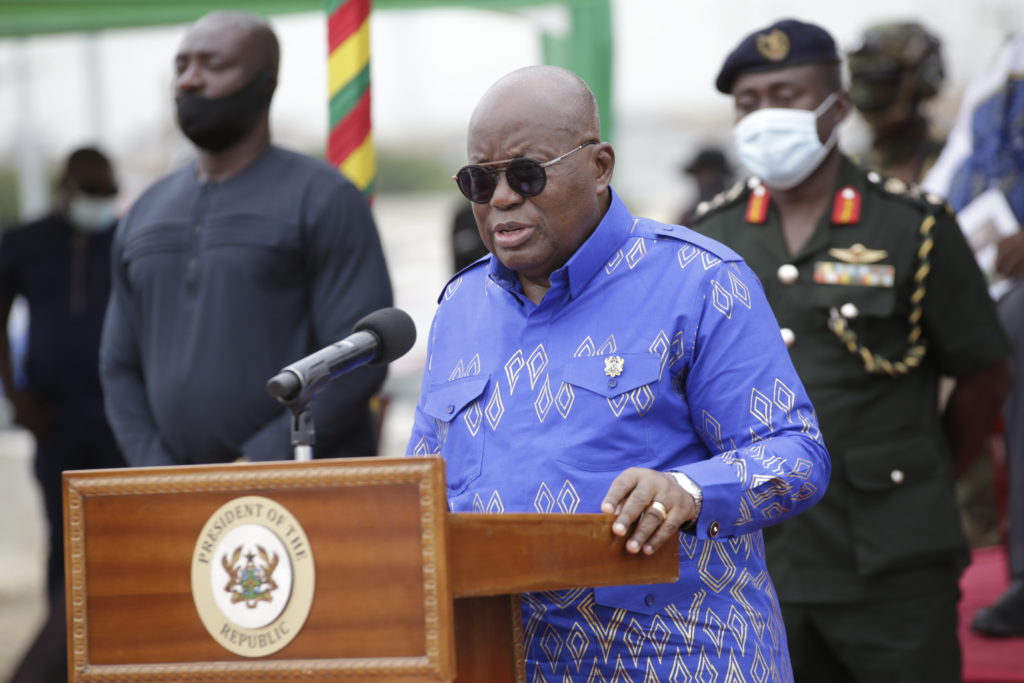 “We made a pledge to the Ghanaian people to expand and improve the road network, while closing the missing links in the network. We had to make this pledge because we knew that the so-called ‘unprecedented infrastructure development’ of the Mahama administration was fantasy, existing in the ‘Green Book’, and not on the ground,” he said.

The President continued: “We know that the provision of quality road infrastructure is an important tool for the socio-economic development of our country, and Government will ensure the even spread of such projects across the country.” 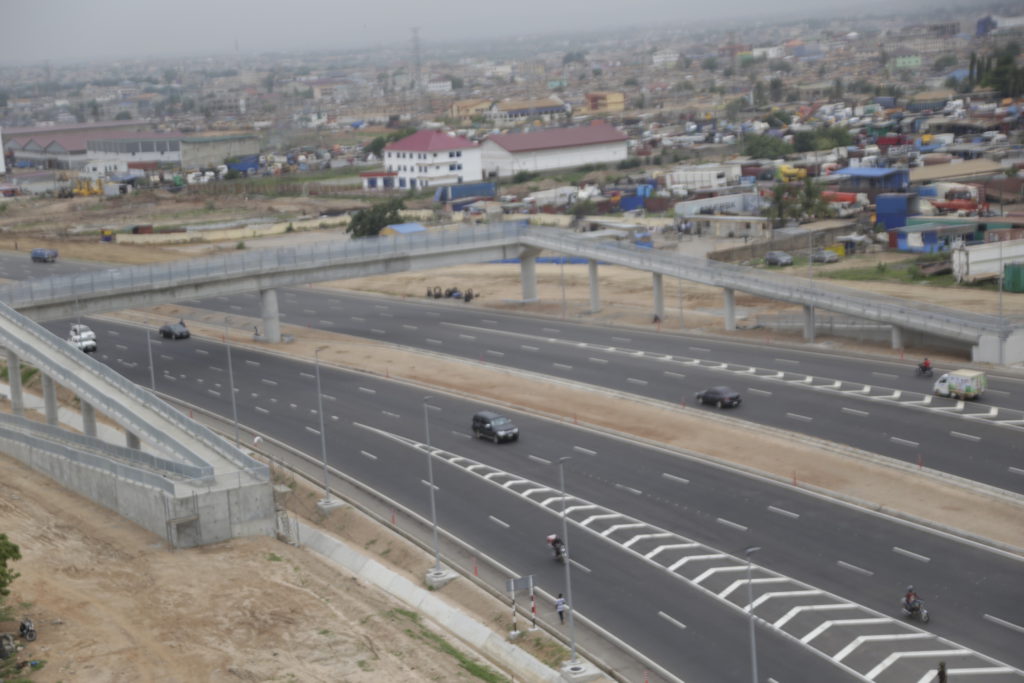 With Phase Two of the Tema Interchange scheduled to commence in the last quarter of this year, he indicated that the second phase will see the transformation of the current two-tier interchange into a three-tier one, and hasten further the turnaround time at the intersection.

Other projects, which are in the pipeline of this enclave, to ensure maximum efficiency in the use of the interchange, include:

1. Construction of the 64.4-kilometre Ashaiman Roundabout to Akosombo Junction road (N2) at a cost of two hundred and fifty-six million euros from the KFW-IPEX Bank of Germany. The project will see the current single carriageway of the Akosombo road expanded into a multi-lane dual carriageway, services roads, construction of interchanges at the Ashaiman roundabout, and the Asutsuare junction; 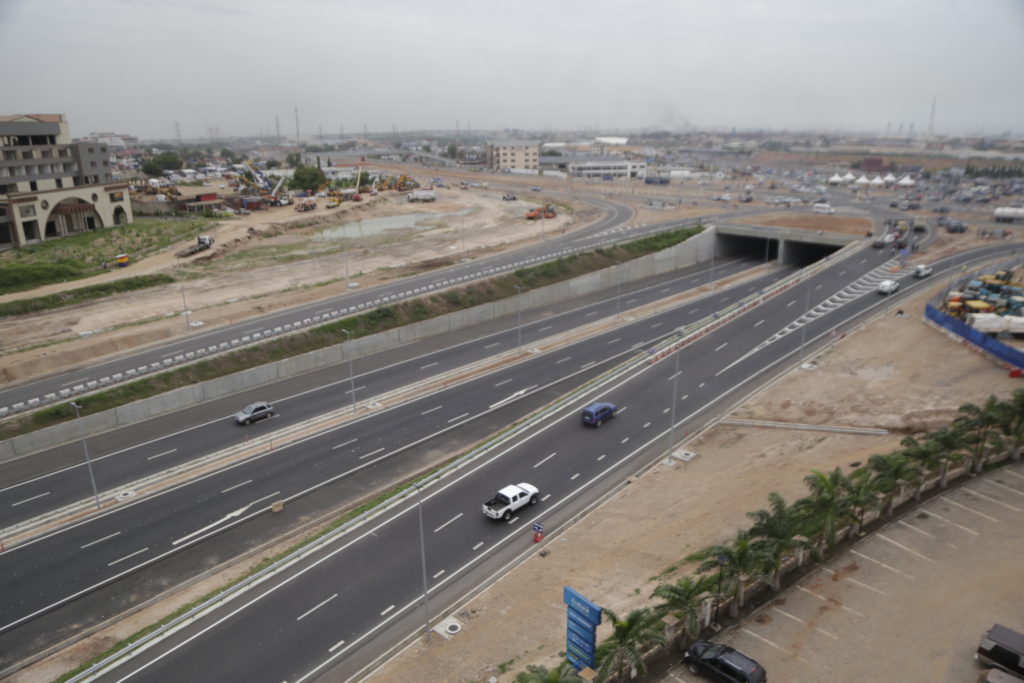 2. Dualisation of the seventeen-kilometre Tema to Aflao road. The project is expected to cost one hundred and five million United States dollars, and will tie into the Trans-African Highway Project from Lagos to Abidjan. The current two-lane dual carriageway will be expanded into three-lane carriageway per each direction; and 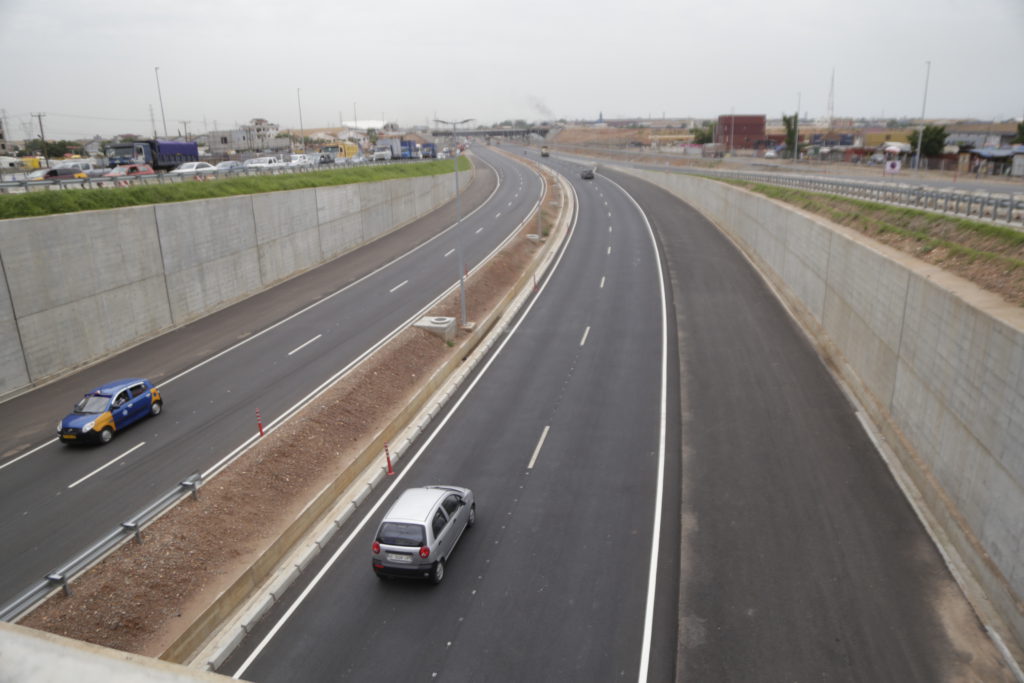 “The economic benefits of these and many other trunk roads being undertaken by the Ghana Highways Authority, the Department of Urban Roads and the Department of Feeder Roads will be immense. Government is committed to the successful completion of all the projects, and I urge the Ministry of Roads and Highways to see to their expeditious completion,” President Akufo-Addo said.

The President cautioned motorists to be extra careful and disciplined on the highways, and resist the temptation of over speeding, adding that “better roads should be a catalyst for national development, and not instruments of death and pain.”

He urged the agencies and departments of the Ministry of Roads and Highways, especially the Ghana Highway Authority, in collaboration with the National Road Safety Authority and the Patrol Unit of the Motor Traffic and Transport Department of the Police Service, to intensify their educational and sensitisation activities on speed control, axle load control and road preservation. 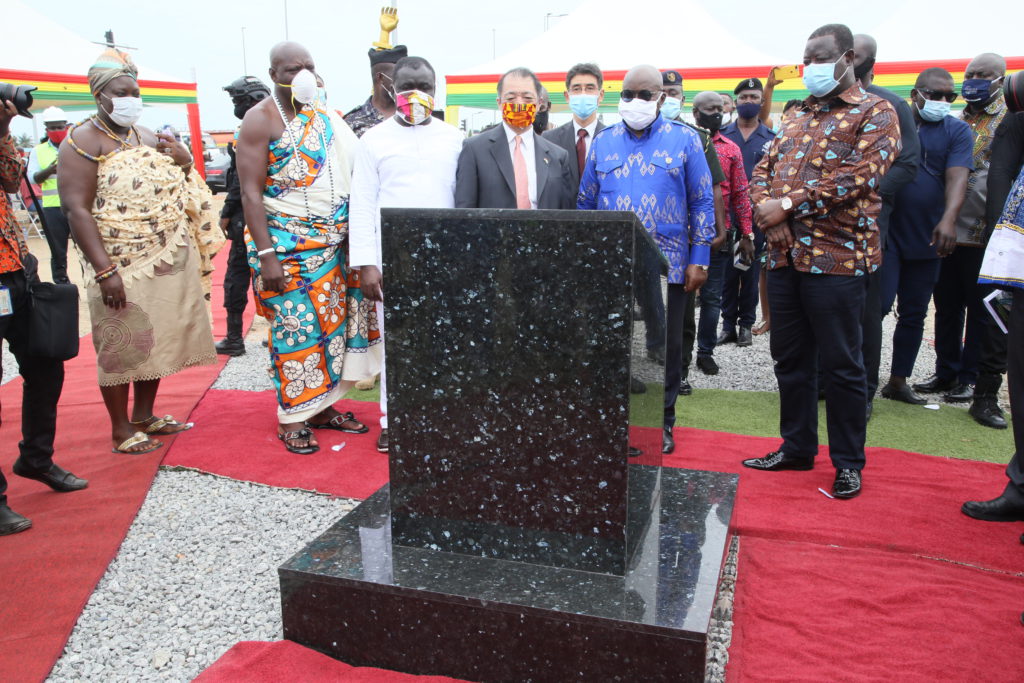 “I appeal to MMDAs to ensure that we do not have a proliferation of billboards, posters and other marketing ads in and around the vicinity of this project. Let us use this superior road network responsibly and productively,” he added.

But for Free SHS, all the current SHS students would’ve been armed robbers – Diana Asamoah (Video)