A former National Democratic Congress MP has indicated he is willing to refund ‘stolen’ monies to escape jail, his lawyers have signaled.

The one-time Keta NDC MP, Richard Lassey Agbenyefia, is standing trial for stealing and causing financial loss to the state when he was a board member at Venture Capital Trust Fund.

He had pleaded guilty to the charges but last week, his lawyers announced he could refund more than GH¢2 million and escape a jail term.

It is a provision allowed under Ghana’s laws, Section 35 of the Courts Act, which allows accused persons to make restitution found to have amassed ill-gotten state cash.

The three – including the former CEO, Daniel Duku, – have agreed to refund GH¢18.5 million after they pleaded guilty for causing financial loss of GHC42.8 million to the state. 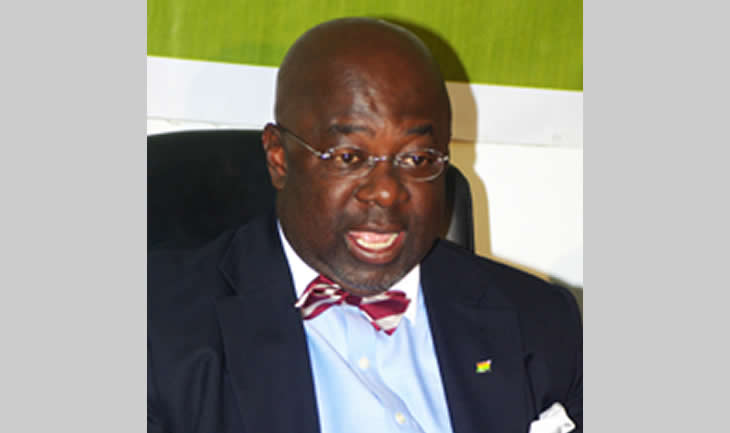 In default, they – Daniel Duku, his former personal assistant Irene Anti Mensah; and her husband Frank Aboagye Mensah – could be sentenced to a prison term if they fail to pay up within three months.

The NDC MP is said to be keen on taking advantage of this law and has instructed his lawyers during a trial last week to announce hopes of restitution.

The prosecution would have to study his proposals and if favorable present it to court for approval.

According to the Director of Public Prosecutions, Yvonne Atakora Obuobisa, the accused, Richard Agbenyefia used fictitious names and companies to receive loans from the state agency of his he was a board member.

The former politician is the second accused person and obtained loans in the names of companies based on false representations to VCTF without the knowledge, permission or approval of the owners of the companies whereas in other instances the loans were obtained in the names of non-existent companies, the state has said.

Daily Guide newspaper has reported Mr. Agbenyefia has had the previous refund offers rejected because the proposals were unsatisfactory.

The GH¢2million he allegedly stole would have to be paid with interest. He could face up to 10 years in jail if he fails to pay the monies after the court agrees with his restitution package.

The ex-NDC MP is said to be cash-strapped.

Richard Lassey Agbenyefia, a lawyer, served as the MP for Keta in the Volta region from 2005 to 2017.

He turns 52 years next month.

With three accused persons in the Venture Capital Trust Fund trial convicted, three other persons are yet to know their fate.

The other accused are Richard Lassey Agbenyefia, a former National Democratic Congress Member of Parliament for Keta and a former member of the Board of Trustees of VCTF; Kofi Sarpong, an Investment Officer of VCTF and Charity Opoku also known as Charity Ameyaw, an accountant at VCTF.

They have been variously charged with 86 counts of willfully causing financial loss to the state, abetment of crime, stealing, defrauding by false pretenses and issuing of false cheques.