Former President John Agyekum Kufour is one notable political figure’s in the country whose tenure as President of Ghana receives a huge admiration of the entire country.

Marked for his unprecedented achievements and social interventions like the National Health Insurance Scheme, Metro Mass Transport, FCUBE among others., Former President John Agyekum Kufour won prestigious awards to his credit from International organizations for his remarkable style of leadership in the 21st century.

Served as president on the ticket of the ruling New Patriotic Party (NPP) from 2000 to 2008, the ‘Gentle JAK’ as affectionately called was in the chase of the enviable flagbearership position with the current president of the land, His Excellency Nana Addo Dankwah Akufo-Addo for successive terms.

Though one will argue that there happens to be a rivalry between the two as President John Agyekum Kufour at the time have opted his right-hand sideman, Alan Kojo Kyeremanteng to have succeeded him. 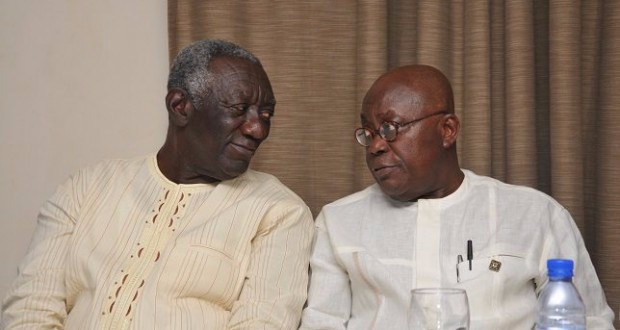 Looking at the current happenings in the Nana Akufo Addo led administration, John Agyekum Kufour might not vote for President Akufo Addo and the NPP for these reasons listed below:

2. His right-hand man in the shape of Alan Kwadwo Kyeremanteng is not on the ballot paper.

4. John Agyeku Kuffour’s ill health might not give him the chance to join the campaign team.

5. COVID-19 novel pandemic and its related protocols might just prevent him.

What do you suggest? Let’s hear your comments below.

BREAKING: More than $53,000 has been paid since Elon Musk, Bill Gates, CashApp, others got hacked to promote Bitcoin scam

Watch Video: Mans Down – Man Devastated As He Tries To End His Life Over Broken Heart