One of Ghana’s top online news media, Graphic.com.gh, has become a target of a suspected fake news marketing syndicate that has mirrored the website onto a fake website with a piece of hoax news attributed to Joy News journalist Gifty Andoh Appiah.

The hoax news titled – MultiTV’s Joy News’ Gifty Andoh Appiah: “this is crazy, Kojo Antwi’s financial interview could make Ghanians [sic] rich.” – was sighted by GhanaWeb on Tuesday and after falling victim to it, the top news portal decided to trace the origin of the scam.

The hoax story which had all the elements of a news story including a lede, source, and quotes, claimed that the Joy News journalist interviewed legendary musician Kojo Antwi about poverty in Ghana and he suggested cryptocurrency as a solution.

“Within minutes of his surprising statements, the public relations departments of three major banks responsible for private loans in Ghana had already called to censor the interview, but it was too late; many radio shows across the country had already picked up the story,” the fake news conveyed before introducing pages of information linked to a bitcoin trading website.

Both Graphic.com.gh and Gifty Andoh Appiah have distanced themselves from the fake news story.

GhanaWeb’s research found that the unknown fake news syndicate was marketing a bitcoin service targeting Ghanaians. They first created a fake real estate website with an Italian address in August 2019. They then created a website for the bitcoin service in September 2019, both websites expiring in a year. 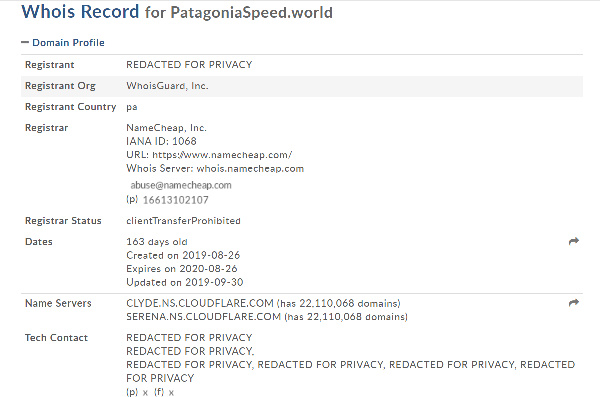 The ownership of the websites could not be traced by GhanaWeb because of the privacy setting the marketing syndicate employed. However, the servers for the two websites are located in the United States and the Netherlands respectively. 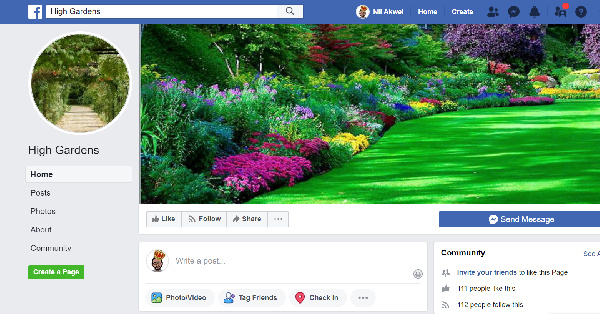 The syndicate sponsored about seven geotargeted ads for Ghanaians to click the link and read the story which will, in turn, market the bitcoin service and rake in some financial gains. 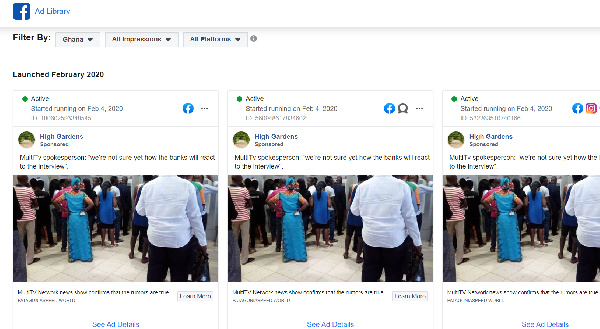 Thousands of Ghanaians have seen the sponsored Facebook ad and a few have noticed that it was fake news. About half of those who saw it might have clicked the link which was a clickbait. 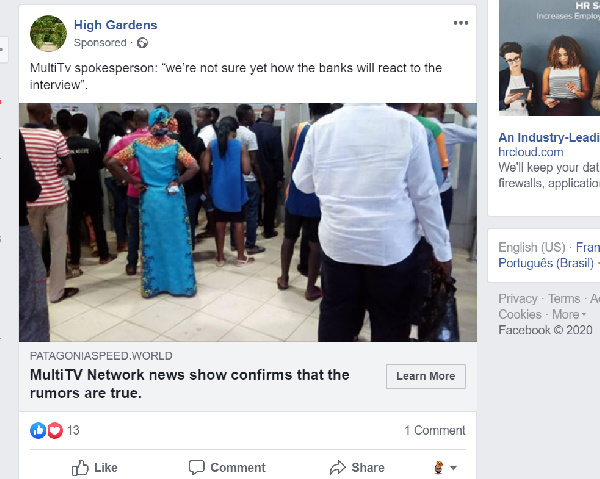 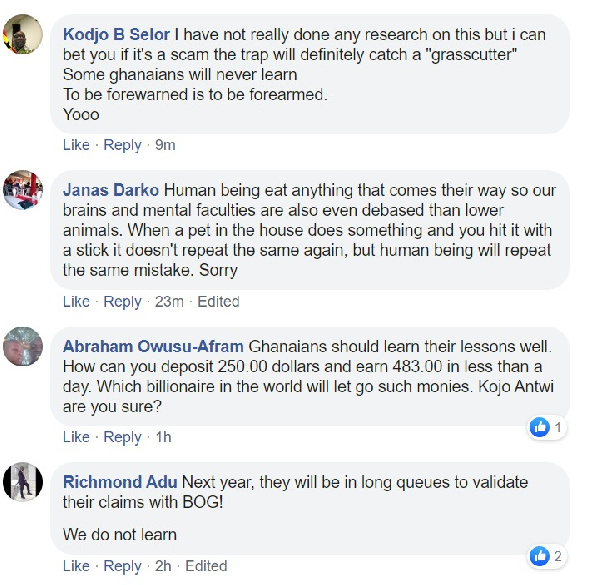 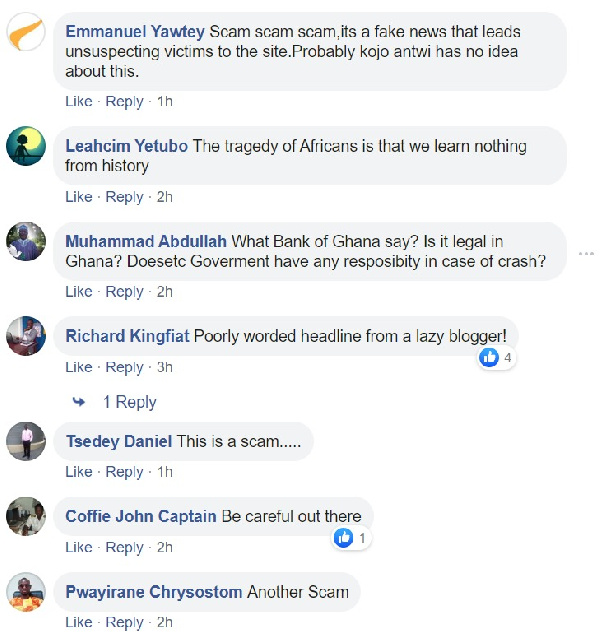 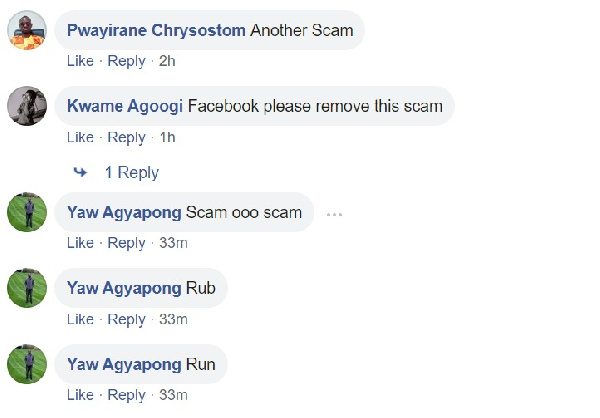 Fake news makes it more difficult for journalists to cover significant news stories and Facebook and other social media platforms have promised to put measures in place to check fake news. However, their algorithms continue to advance the spread of fake news.

GhanaWeb has reported the fake account to Facebook but as usual, the process is slow and there has been no response and action, usual feedback from Facebook when there is a crisis facing subscribers. 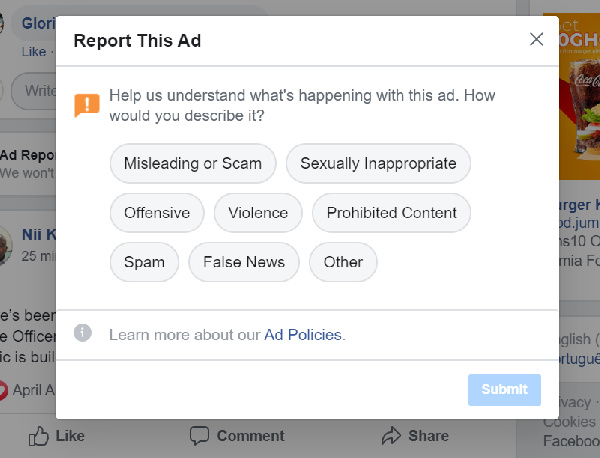 “The people behind this network used fake accounts to run pages, disseminate their content and artificially increase engagement. They also represented themselves as locals, including local news organisations, and published allegedly leaked information about politicians.

“This organisation and all its subsidiaries are now banned from Facebook, and it has been issued a cease and desist letter,” Nathaniel Gleicher, head of cybersecurity policy at Facebook, wrote in the post last year.

According to Facebook, the Israeli company spent around $812,000 for ads between December 2012 and April 2019 which were paid for in Brazilian reais, Israeli shekel and US dollars.

Coincidentally, the six targeted African countries had elections within the period of the Israeli company’s operations. Ghana’s election is 10 months away and it is critical to launch a fight against fake news now to avoid influencing the polls like the situation in the United States.

It might be a marketing fake news today for a bitcoin service, tomorrow, it can be a campaign message against one political party that can be injurious to the democracy of Ghana.