The Electoral Commission has released venues for Special voting for voters who as a result of their duties on Election day (December 7) will be unable to vote at the polling stations they registered.

The commission is conducting the exercise at selected polling’s stations in the 275 constituencies on December 1.

Personnel of the security services, election officials and media personnel who will work outside their jurisdiction on Election Day are expected to vote during the Special voting. 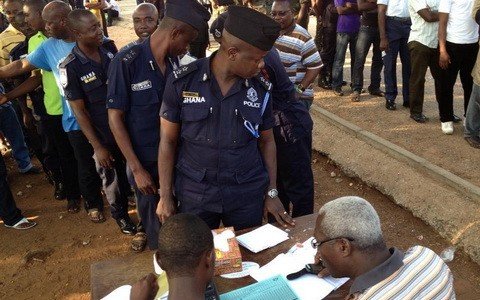 However, the planned exercise has already been marred with the omission of thousands of names of journalists and security personnel.

with a few days to the general elections, thousands of Ghanaians eligible to participate in the special voting cannot find their names on the list released by the EC.

The Ghana Journalists Association (GJA) which was tasked with the responsibility of compiling the names of its members who wanted to partake in the special voting said its members would have no option other than vote on December 7.

“There was no provisional list otherwise, we’d have seen the anomalies and had it rectified. It’s not the best that journalists can’t vote early because I have had a personal experience as a journalist and the inconvenience wasn’t a good thing,” the General Secretary of the GJA, Kofi Yeboah said on an Accra-based radio station.

On the part of the Ghana Police Service, most of its men and women could not find their names also on the list.