Officials of the Electoral Commission have closed down the Step to Christ registration centre in the Awutu Senya East constituency after gun-wielding men stormed the premises.

Eyewitnesses say, the men numbering at least 15 arrived at the centre around 8 am and tried to sack some prospective voters.

This resulted in a scuffle that saw gunshots fired and three motorbikes burnt.

“We were registering for the ID card when suddenly a car with bodyguards inside, that is from Hawa Koomson arrived. When they got here, they said anyone not part of the registration exercise should move away.

“Then they just started hitting all the bikes around. They also set the fire and started beating the owners of the bikes. Then they just left,” a resident narrated.

He tells JoyNews, residents have been left in shock due to the incident.

“We actually don’t know what the problem was because there has been very peaceful for the past week.”

Another eyewitness who spoke to JoyNews’ Joseph Ackah-Blay accused the current Member of Parliament of the Constituency, Hawa Koomson of being responsible for the attack.

He believes the development is to discourage eligible voters from participating in the ongoing registration exercise. 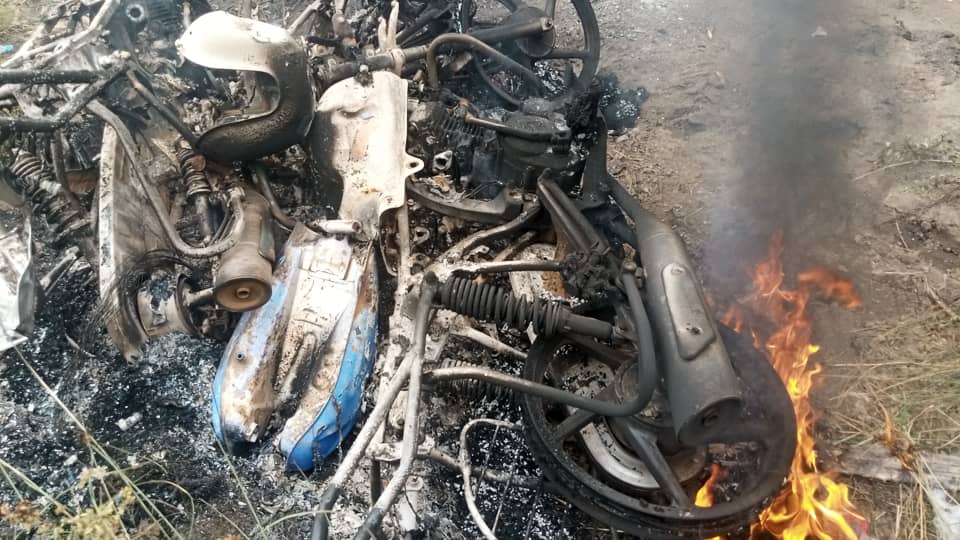 “If this continues here, many people will not register for the card.

“Because of what happened everyone left the queue and the EC staff also packed their stuff and left.

“The MP for this constituency was standing here telling people not to run away that nothing is going to happen whiles her people are holding guns and just shooting,” he said.

Meanwhile parliamentary aspirants for the NPP, Hawa Koomson, and the opposition NDC, Phyllis Naa Koryoo are at the District Police Headquarters in a meeting with the Kasoa Divisional command over the incident.

Sextortion: A new wave of crime in Kumasi