At least ten people have been killed following the collapse of a hotel used as a coronavirus quarantine facility in eastern China, the country’s Ministry of Emergency Management has said.

As of 4pm Beijing time, authorities had retrieved 48 individuals from the site of the collapse, the ministry said.

Of that total, 10 have been confirmed dead, with the rest being treated in hospitals, it said

The coastal city of Quanzhou has recorded 47 cases of Covid-19 and the hotel had been re-purposed to house people who had been in recent contact with confirmed patients, the People’s Daily state newspaper reported.

Video posted by the firefighting department showed rescuers putting a surgical mask on children as they were pulled from the rubble of the six-storey Xinjia hotel, including a 12-year-old boy and another much younger child.

Rescuers were also shown spraying disinfectant on each other as part of “strict decontamination” between shifts. 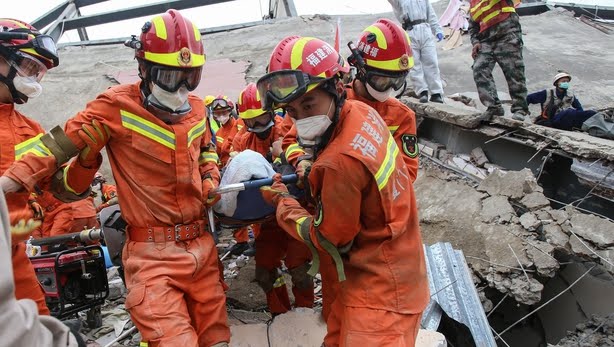 Footage published by local media, purportedly from security cameras across the street, showed the hotel collapsing in seconds.

Other videos circulating on the Twitter-like Weibo platform showed rescue workers combing through the rubble of the hotel in the dark as they reassured a woman trapped under heavy debris and carried injured people to ambulances.

The building’s facade appeared to have crumbled to the ground, exposing the structure’s steel frame.

Nine people escaped from the hotel on their own at the time of the collapse, the Ministry of Emergency Management said. 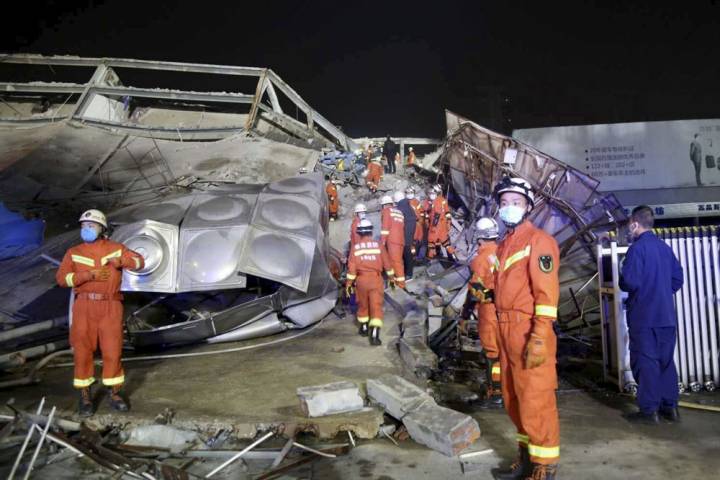 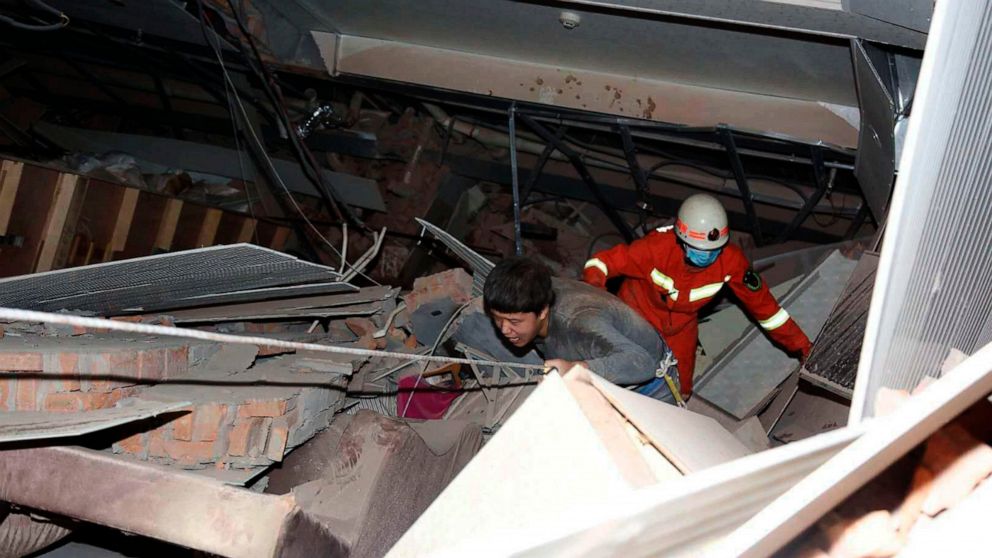 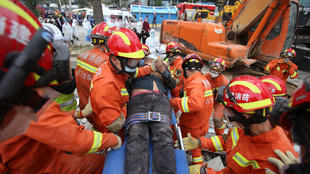