A 45-year-old man, Yaw Antwi popularly known as ‘Mankind’ has been murdered at Ajumako Abrofoa in the Ajumako Enyan Essiam District of the Central Region.

The incident happened while on his way to his farm.

Some residents of Ajumako Abrofoa told Kasapa fm news, monitored by My News Ghana that the deceased was found lying  by the roadside.

Because he was noted for drinking alcohol, no one bothered about knowing what had happened to him.

But to their surprise, Yaw Antwi was found in the same position and place after a couple of hours. 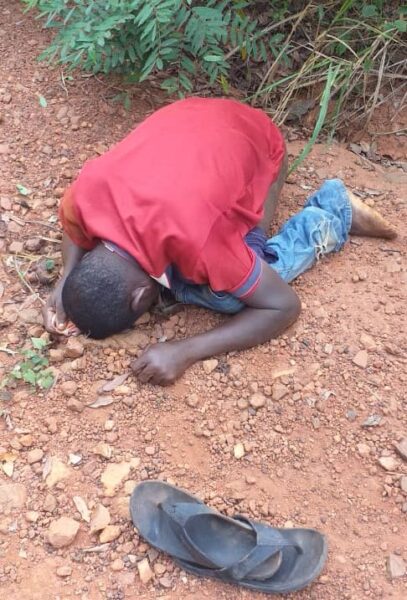 Upon inspection of the body of Yaw Antwi, they found a very deep cut inflicted on his anus with blood oozing out, leaving the eyewitnesses suspecting that, that part of the body has been removed for rituals.

The body has currently been deposited at Ajumako Mortuary while the police are investigating the cause of death.

He left behind two children, a boy and a girl.