Reports reaching our newsdesk from Nnewi, has it that officers of the Anambra State Police Command, on Wednesday, allegedly burnt down over 100 shops at Timber Market in Nnewi area of the state.

A Twitter user, @Nnewicity claimed that the police officers who had gone in search of indian hemp smokers were unable to catch up with them and thereafter “put on their lighter which caught fire immediately with saw dust”.

The videos shared online showed a section of the market in flames as some people in the area destroyed the police vehicle. 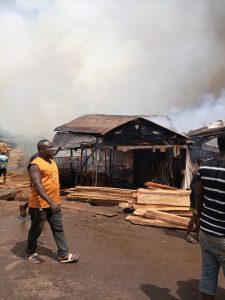 Some angry people destroying one of the vehicles of the police men @PoliceNG after they escaped with the other vehicles pic.twitter.com/k73nGnrq84

The officers were said to have escaped with other vehicles. 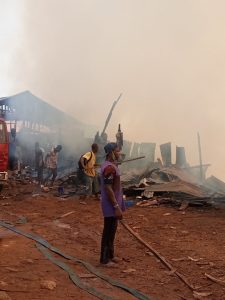 However, the police spokesperson in the state, Haruna Mohammed, denied the incident.

Mr. Mohammed said “I am not aware, but I will find out.” 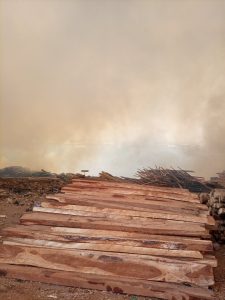 What are you running away from? It's too late to withdraw your case – Maurice Ampaw election petitioners

If they did it to us, should it continue? – How Ken Agyapong fought Ursula over closure of NDC Radio stations